Track was almost the same as last year. There was only one small differences – wallride was set in different place and a section after 15 m long jump.

Riders had to drop in almost from the starting line. 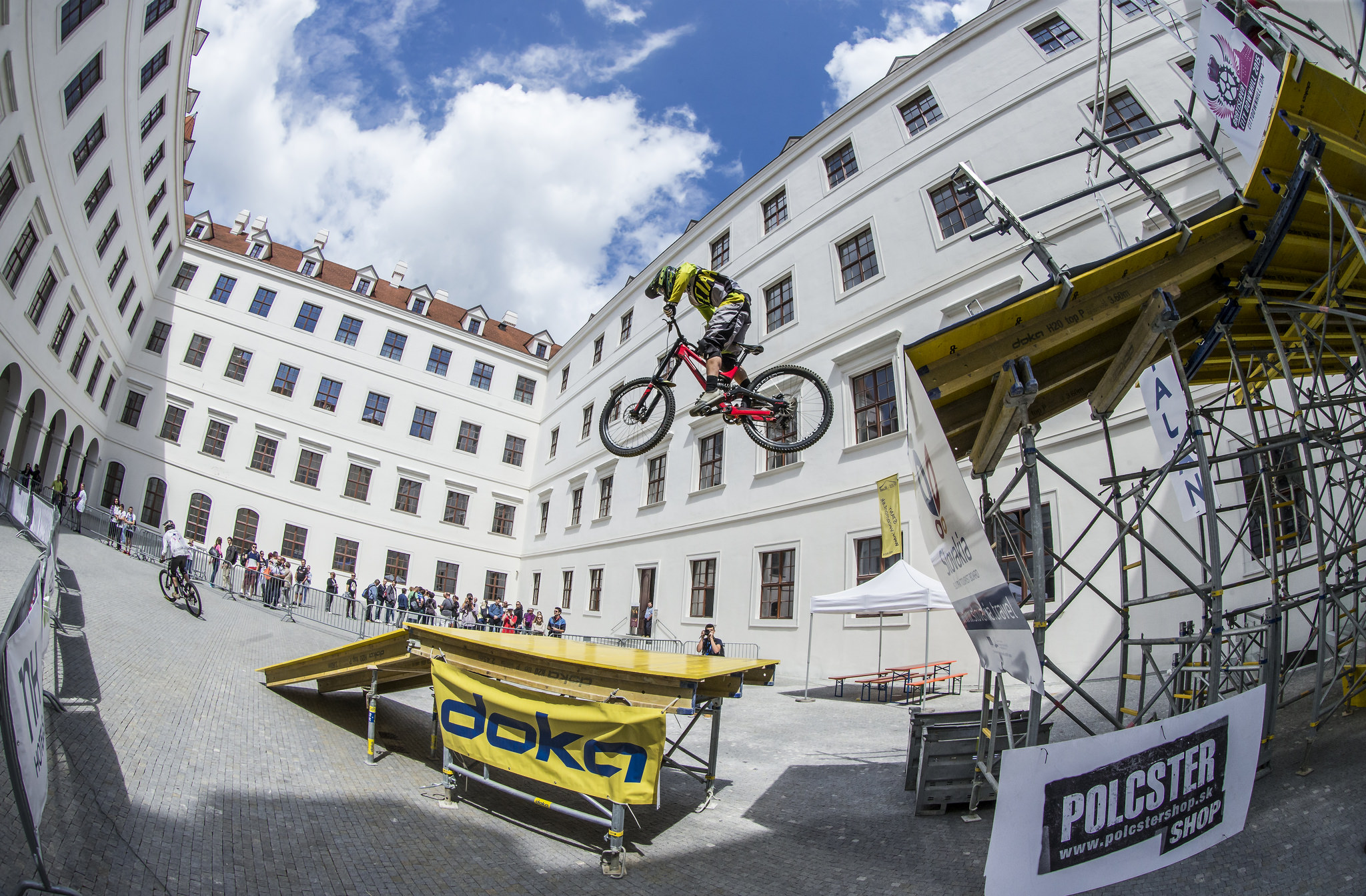 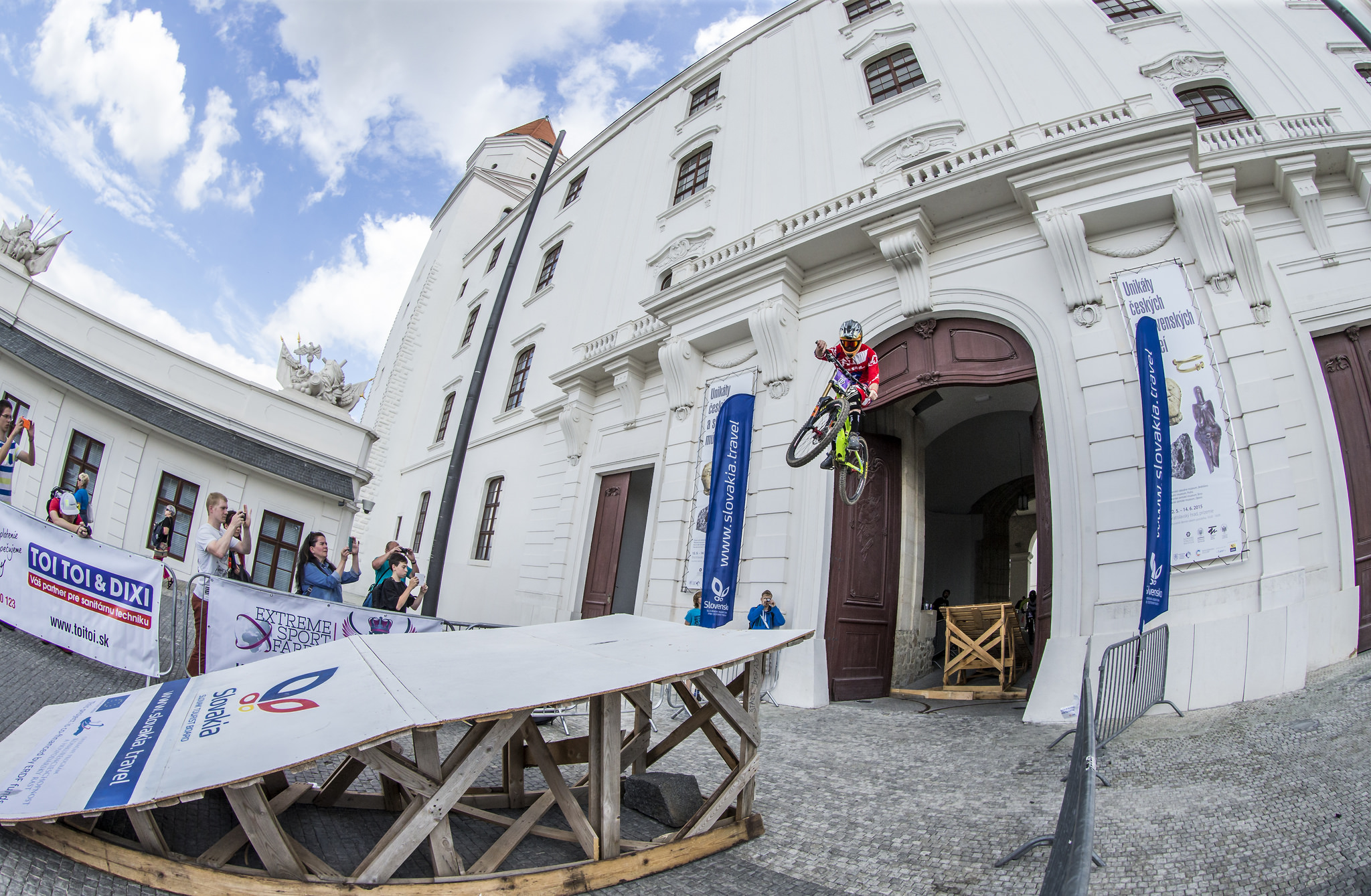 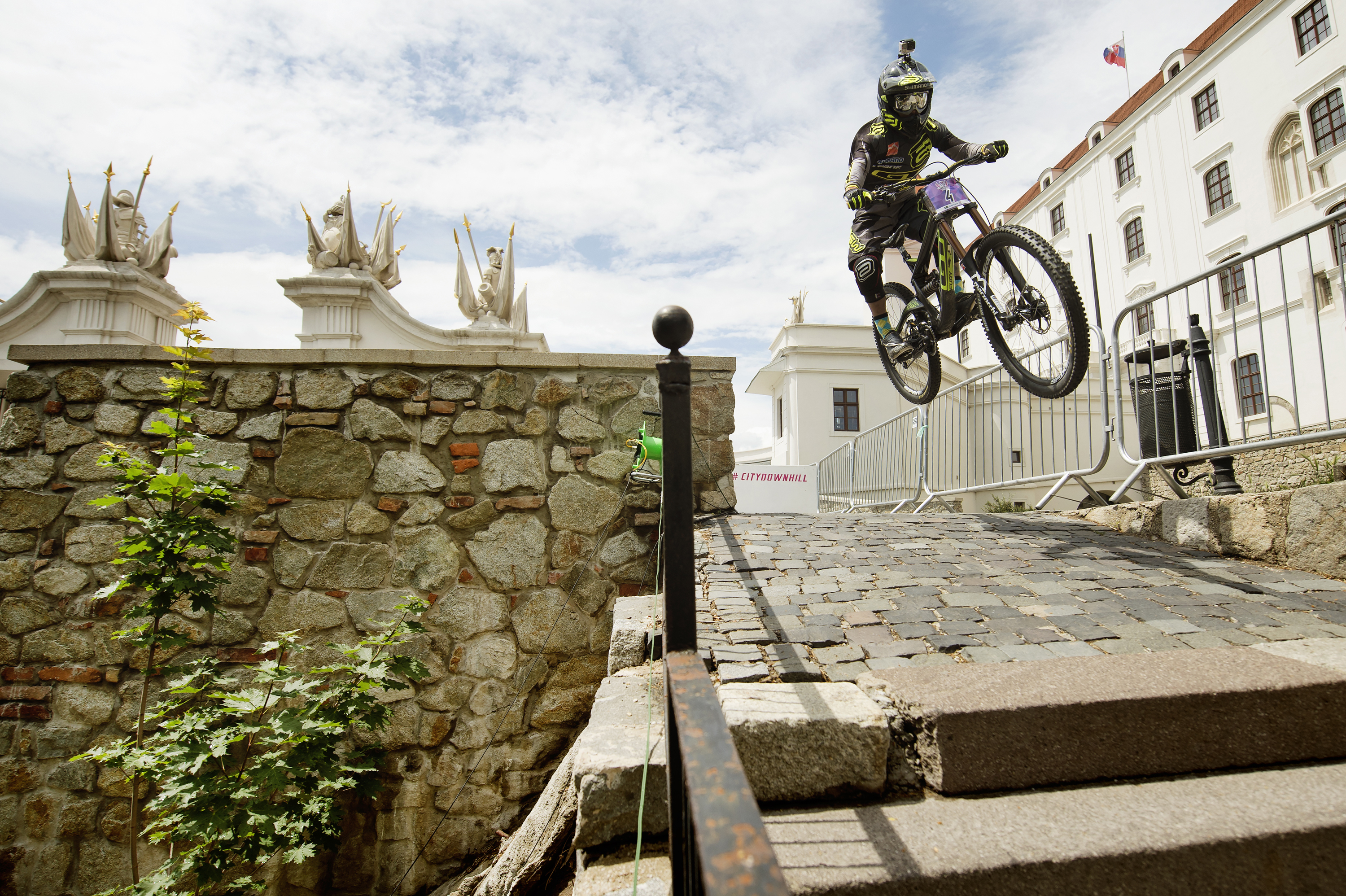 David McMillan dropping off the walls. 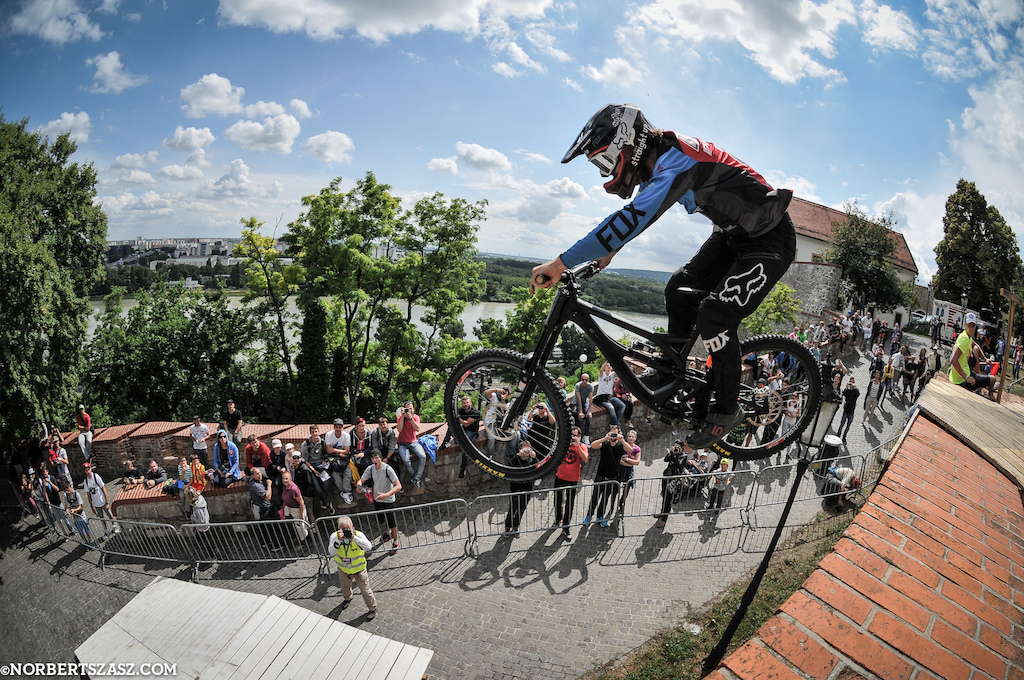 Another view of the huge drop. Bernard Kerr had no problems going through the obstacle. 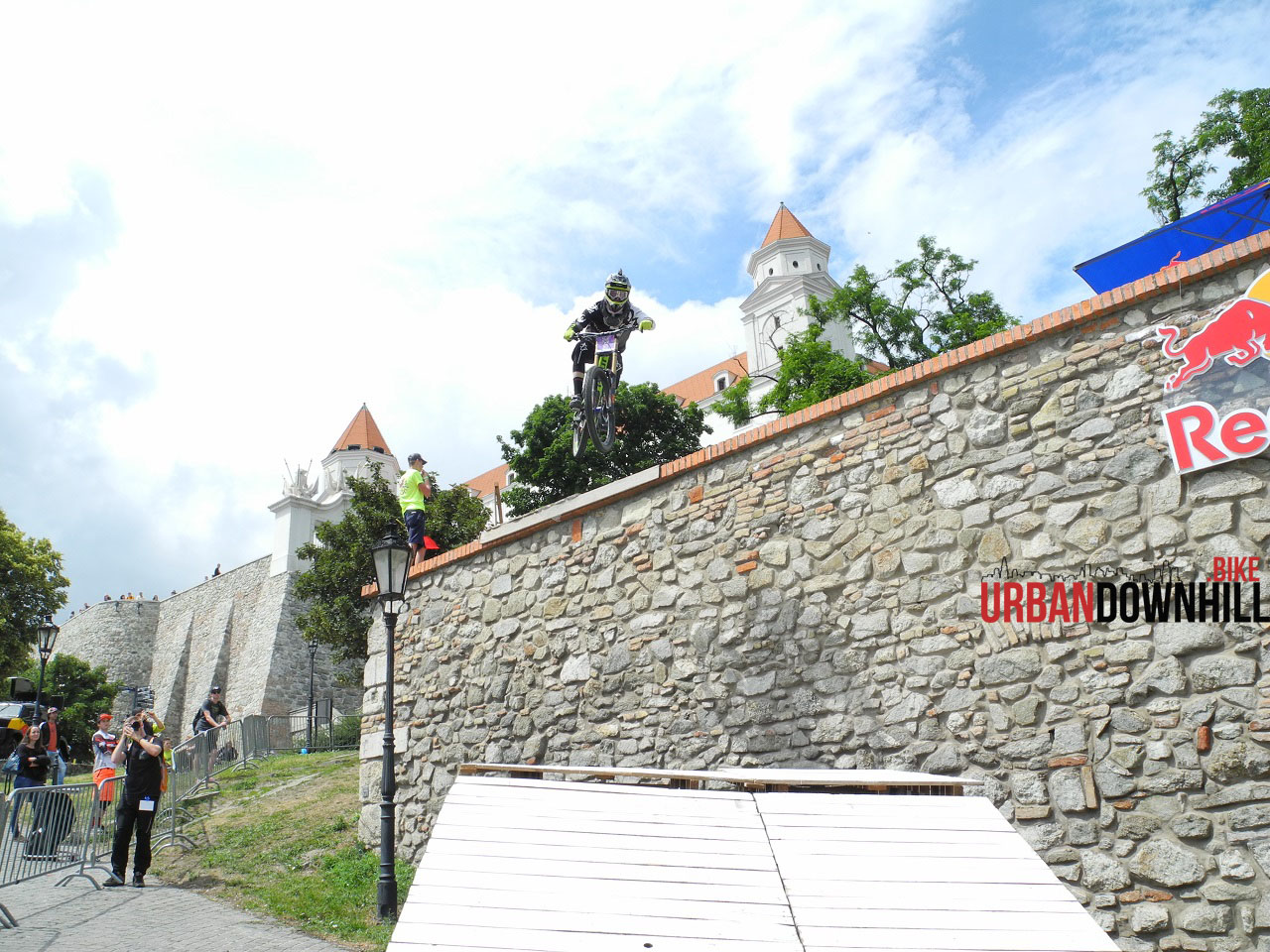 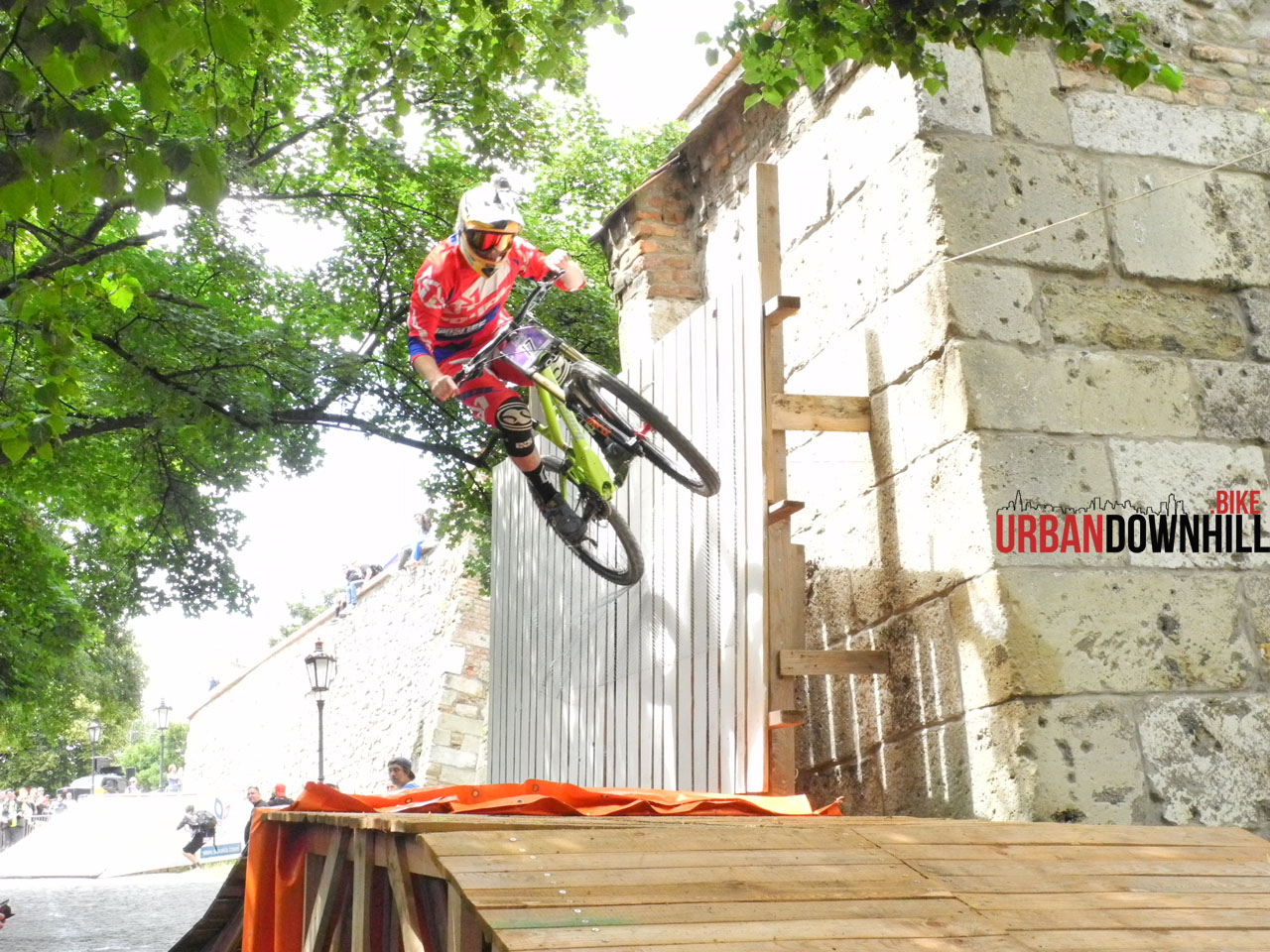 The biggest attraction for audience was the 15 m long jump. Filip Polc flying through it. 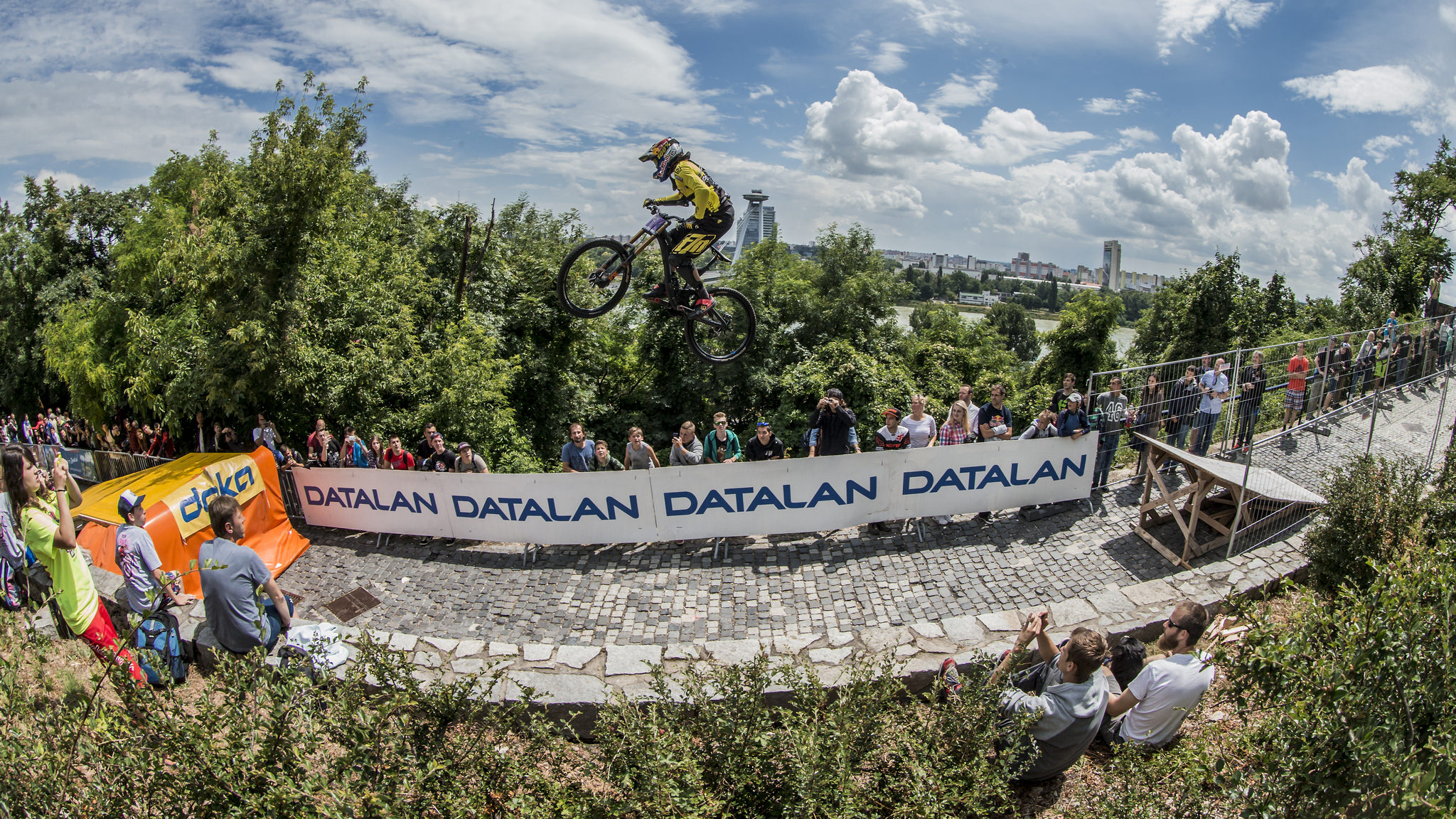 Bernardo Cruz was one of the favorites for the race here in Bratislava. Nice whip for the audience. 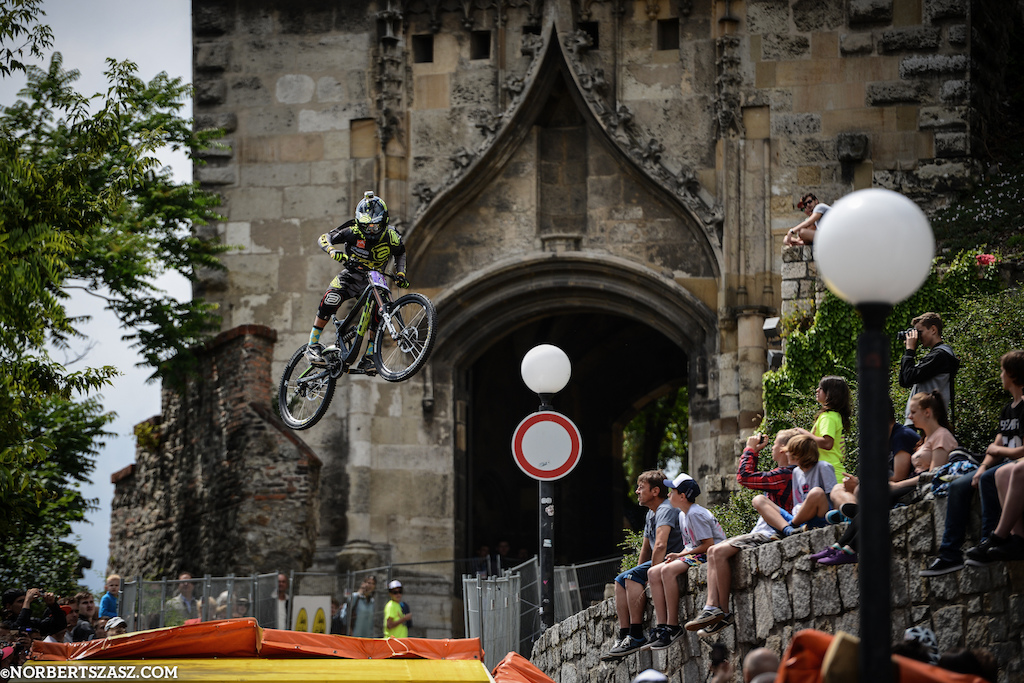 Tomas Slavik had bad luck in training, he was too short on the landing and crashed there. 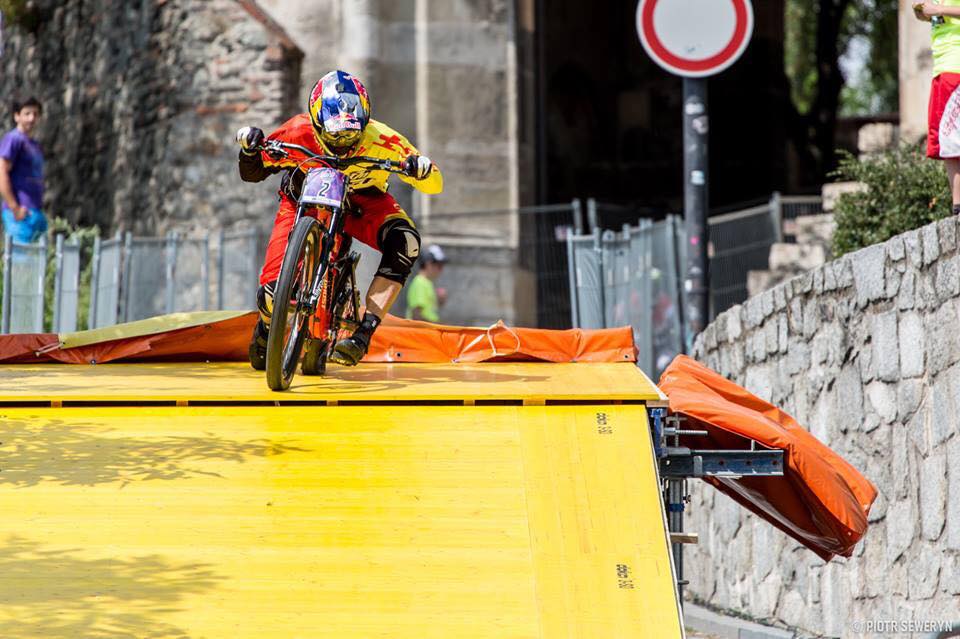 Destroyed his back rim and snapped ligaments in his ankle. 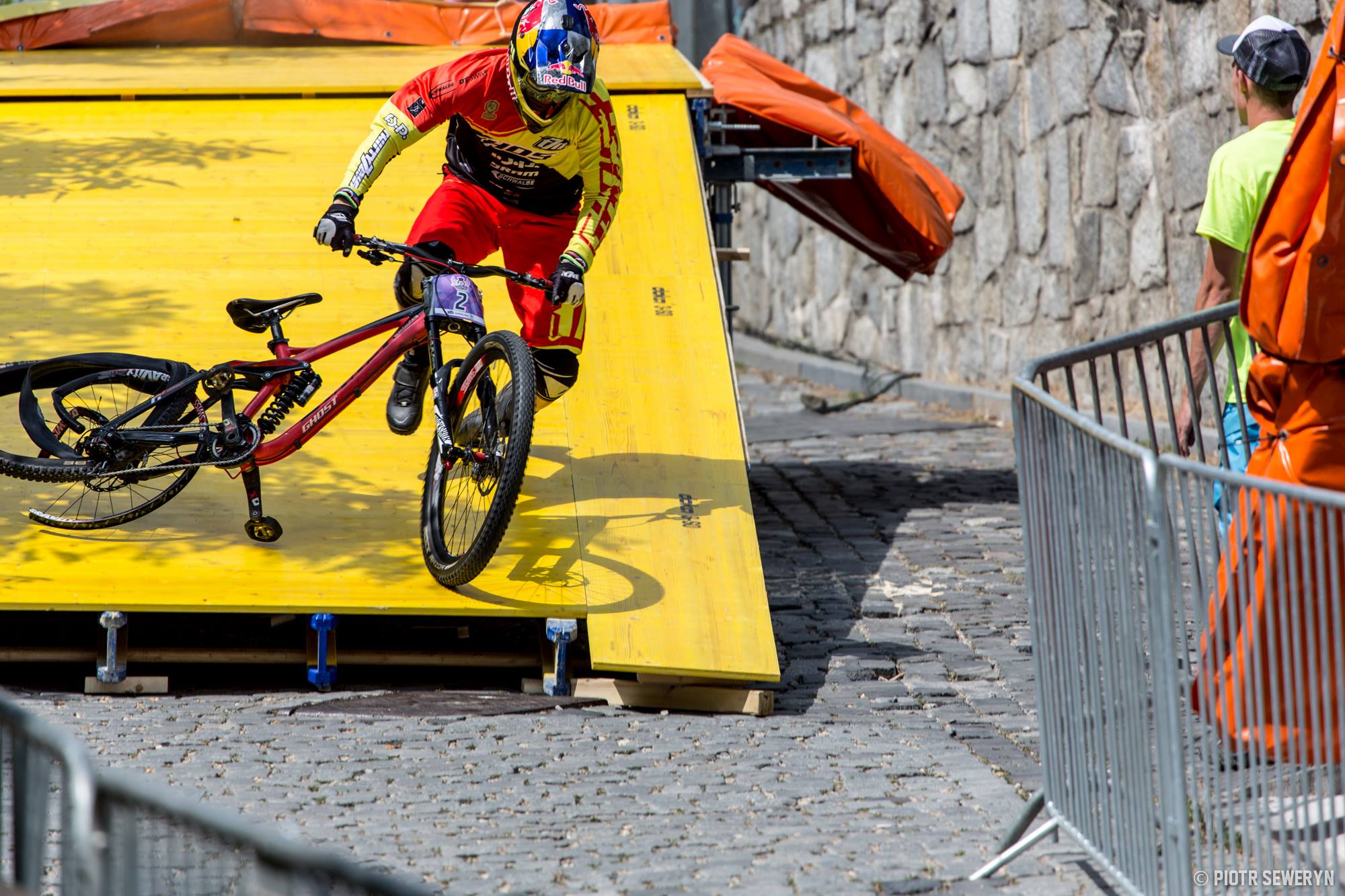 Check the crash on video:

It was a big BANG! We wish him quick recovery.

Daniel Meilink dropping it to sets of stairs following by narrow and steep part. 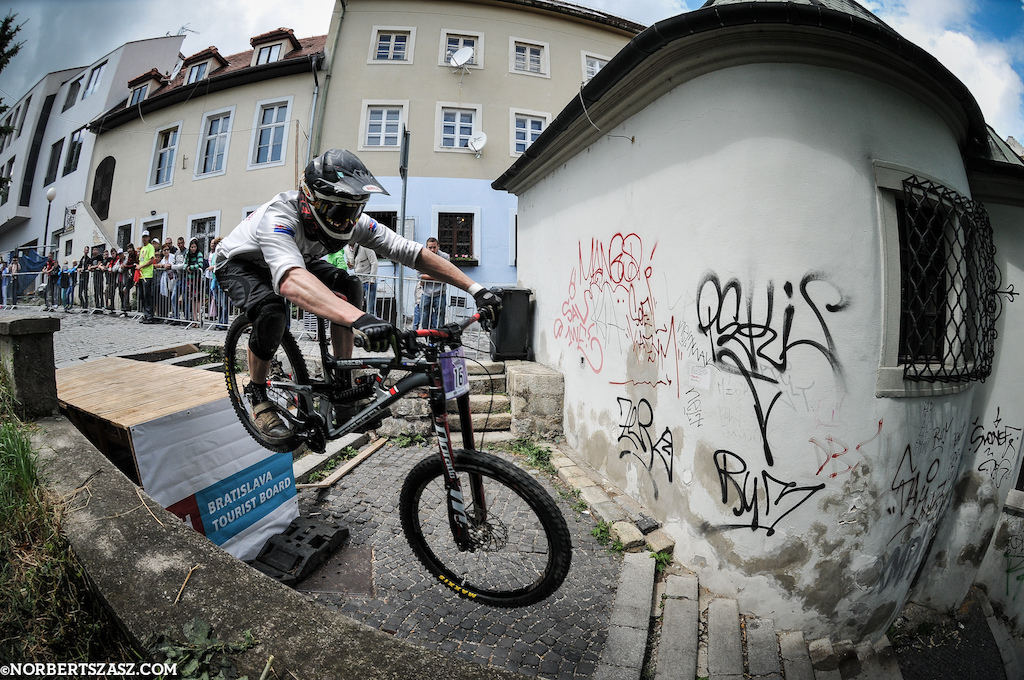 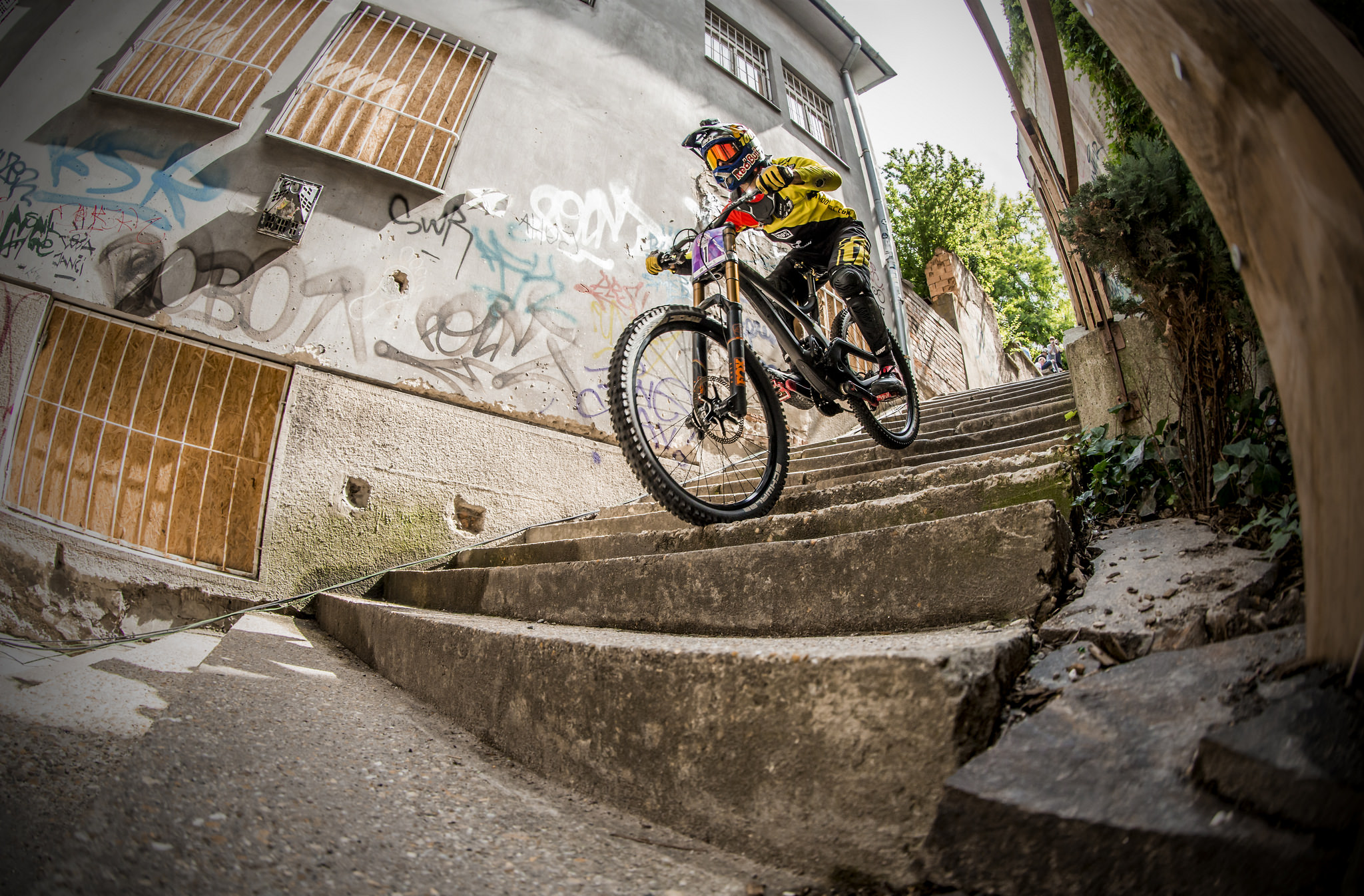 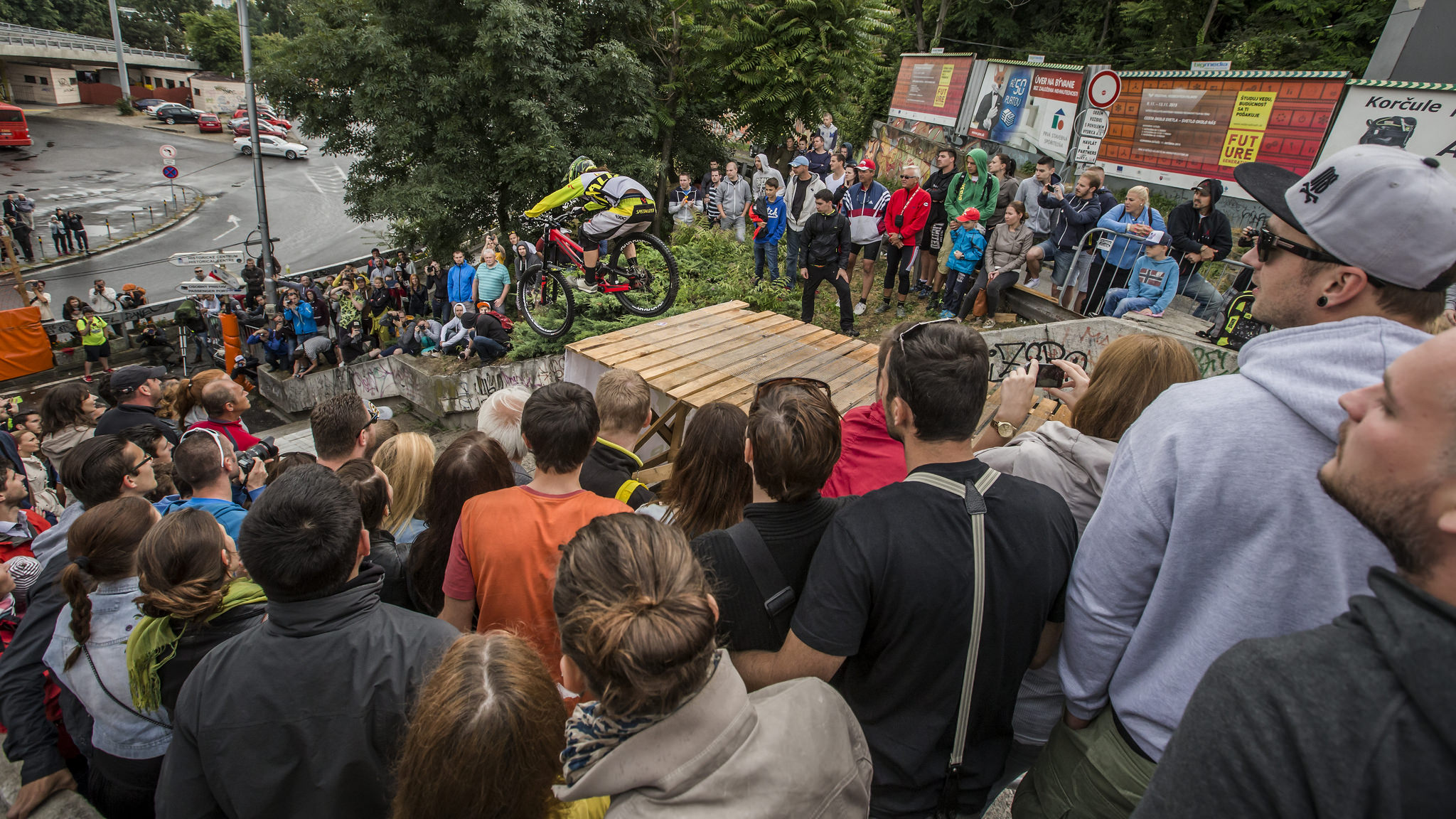 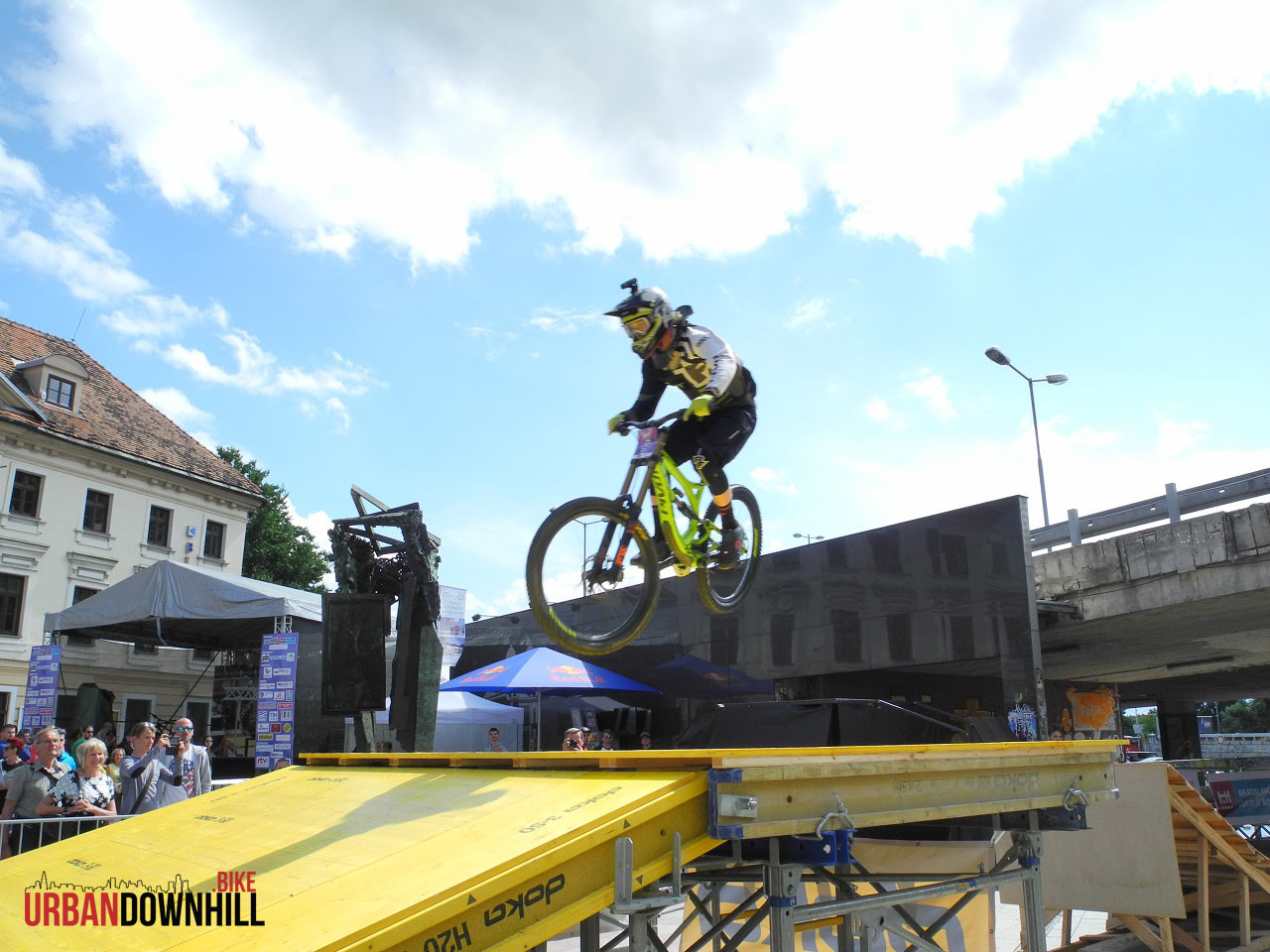 Unfortunately, the race was interrupted and cancelled during final run of Bernardo Cruz.

Video from the event by Juraj Ronec: