Last weekend, a group of Czech downtown biking junkies took a trip to Italy. The little town Toscolano Maderno hosted MAD OF LAKE, the first of the five events in Italian National Downhill Series. You bet it was not a common race. It was wonderful. I dare say it was picturesque. 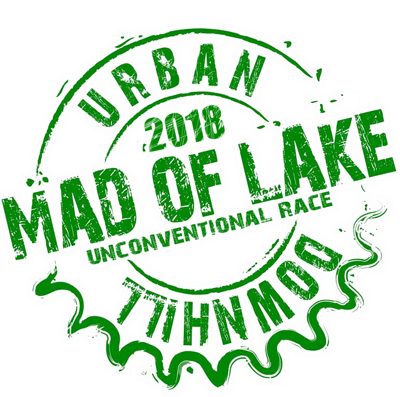 We set off on Tuesday evening. Our team consisted of Síma, Demo, Čerw, Stráňa, and Lucka Kakešová, who took care of our diet. The main condition for participation was an authorisation by the cycling federation. On Wednesday afternoon we found a camp in Torbola, a small town at the northern part of Garda. For two days we enjoyed riding along the local trails, where 1000 vertical metres bring rewarding 20 minutes of downhill ride. We take turns on Síma´s downhill bike, all the others have Enduros. We pedalled up a great deal, but the views were simply fantastic. In Saša´s words: rocks everywhere, rocks n rocks, rocks over rocks, and, finally, we got a change with some more stones. 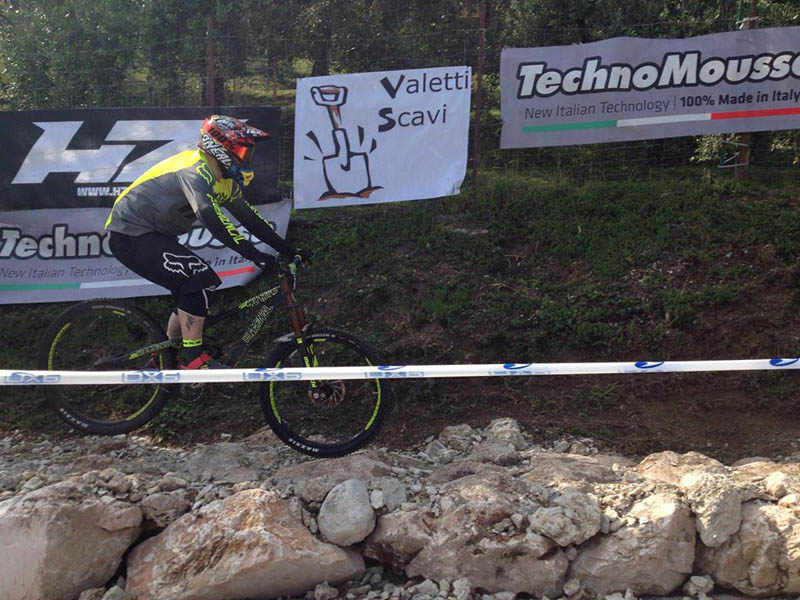 On Friday we moved to the venue. A trackwalk, followed by chat with the organisers. The atmosphere is great. Everyone is happy someone came even from so far. So how about the trail? Nearly three kilometres long downhill and around three hundred vertical metres. A lot of fun. Drops, three wallrides, steps, benches, doubles, assortment of surface types, and many more. Some of the wooden constructions seemed a bit shabby but everything worked just fine. And the views were simply beautiful. 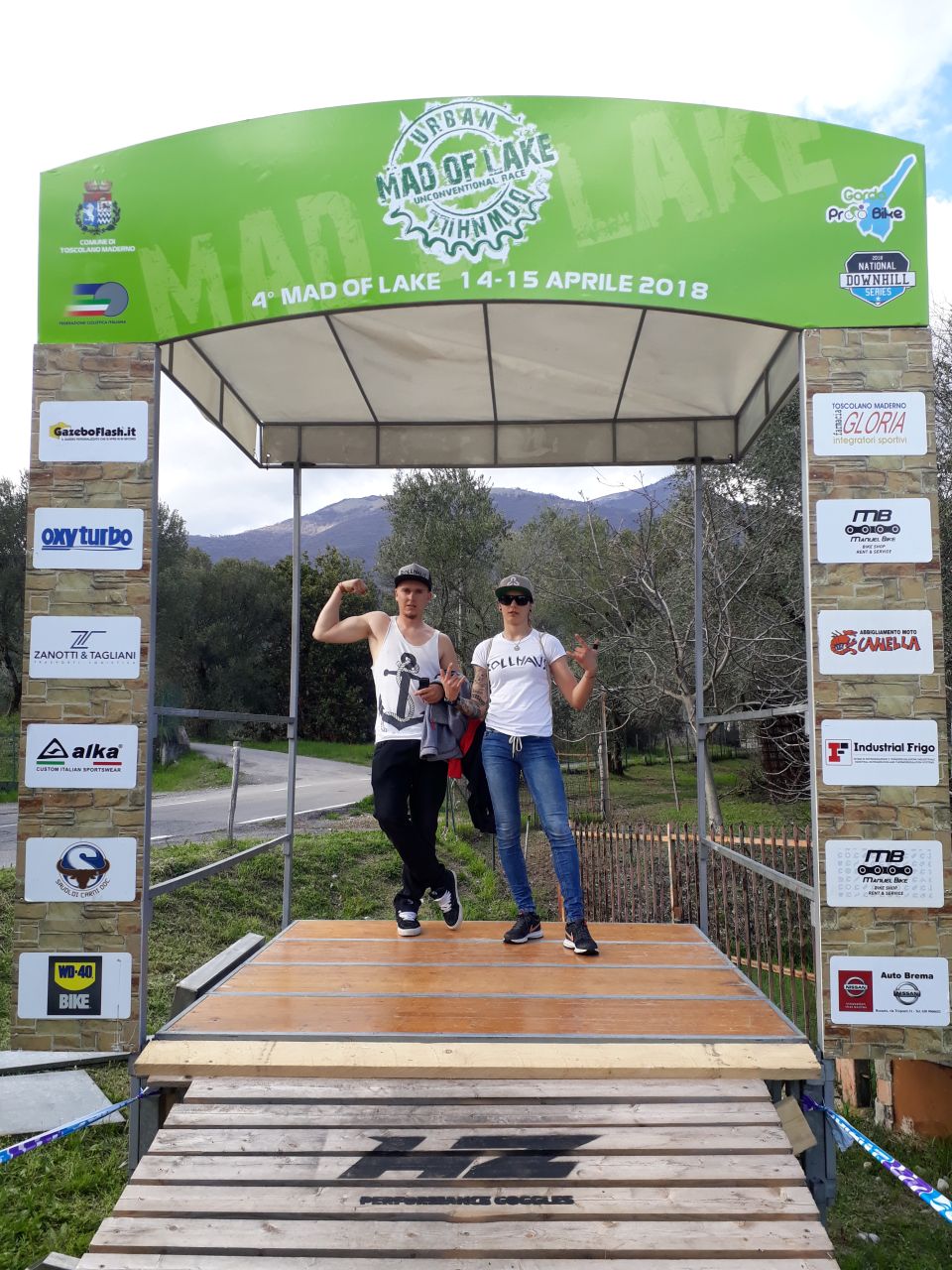 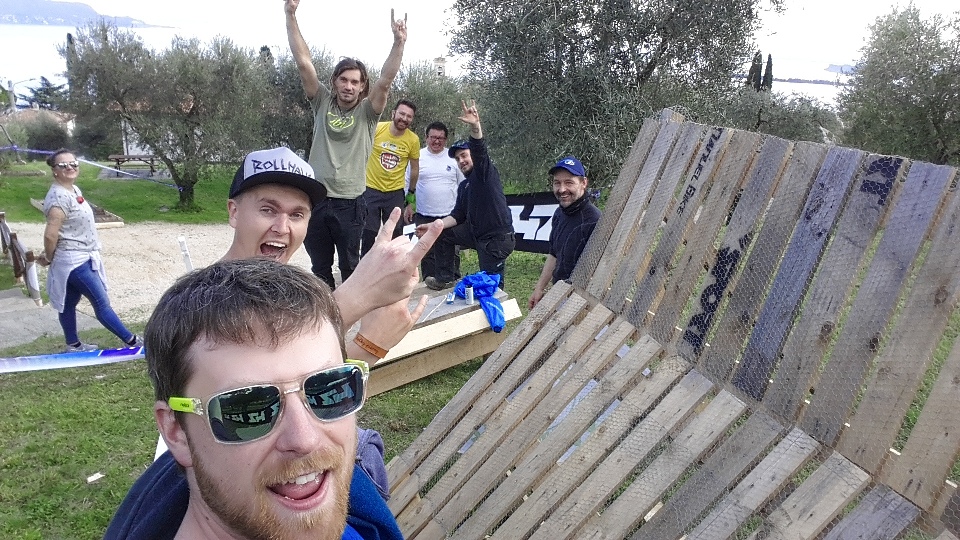 Saturday brought the registration and the qualification round. We met Ben Moore, whom we had told about the event just a few days earlier at the Polish downtown race in Cieszyn. He had just taken his hardtail back to England, exchanged it for his downhill bike, flown to Milan and then driven to Lake Garda. Simply amazing. We put on our numbers and took our lift. There were about 5 lift cars, with drivers listening to anything from Italian trance to hardcore music. Everything went smoothly and even with the number of 170 riders we did not wait too long. Čerw was a bit unlucky to lose his number with the chip and on the hill, he found out his tyre was flat. Yet soon he fixed this and joined us back. We did not skip any jumps and after the ride we went back to the campsite to have lunch before the qualification started. 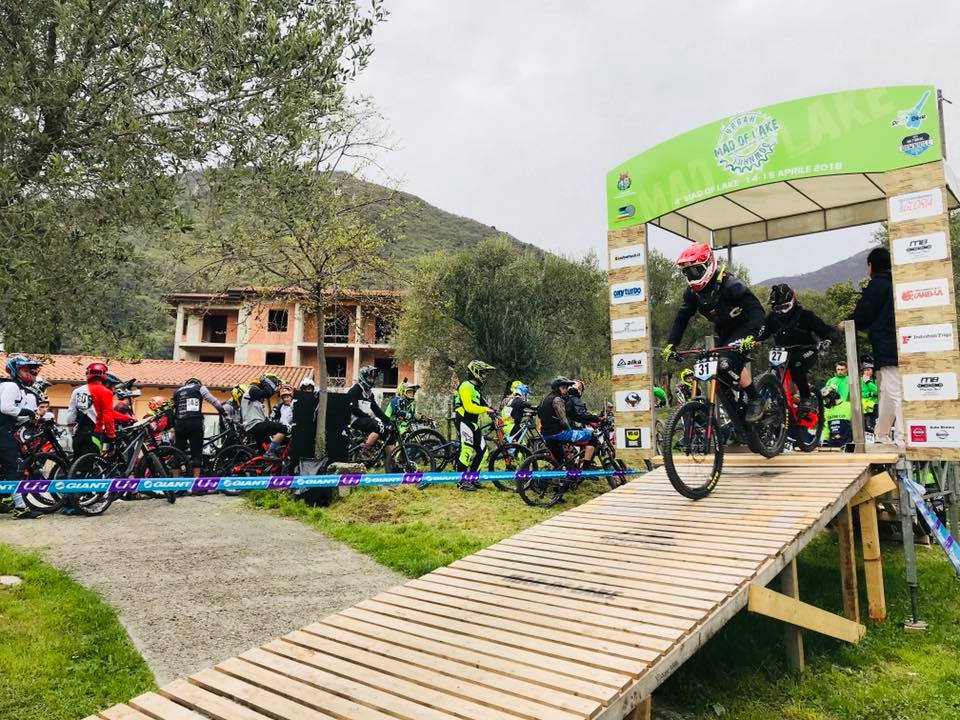 There was a minute interval between starts of the riders. I was the first Czech to go. I stepped the pedal hard before the first drop, but nothing happened. The chain was down. I tried to change gear but it was just getting worse. I got off the bike, swearing in all the languages of the world, and disentangled the chain. Only then I heard the announcer to welcome the next rider. So, I did my best to fix the bike, got on and set off. Every 200 metres I turned my head to let the next rider overtake me, in the end I got off the bike to do it. The loss was over one minute, which meant I was to be among the first riders on Sunday. Síma won the qualification in his category with a lead of about 20 seconds, Čerw came fifth in Masters 1 and Saša came 18th in Elite. 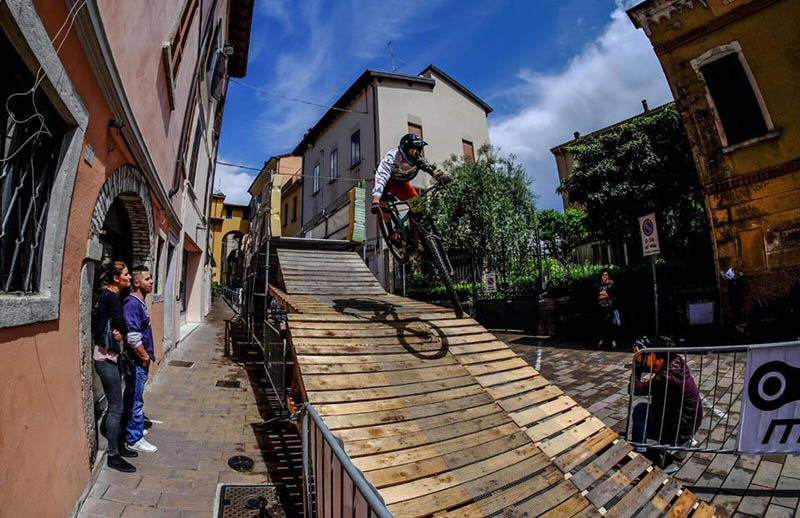 I missed the night party as I stayed in the campsite. The rest of the crew ate all our supplies when they got back from the party, but they did not come too late and everybody went to bed early enough. You do not want to travel 800 kilometres and kill the race with a hangover, right? 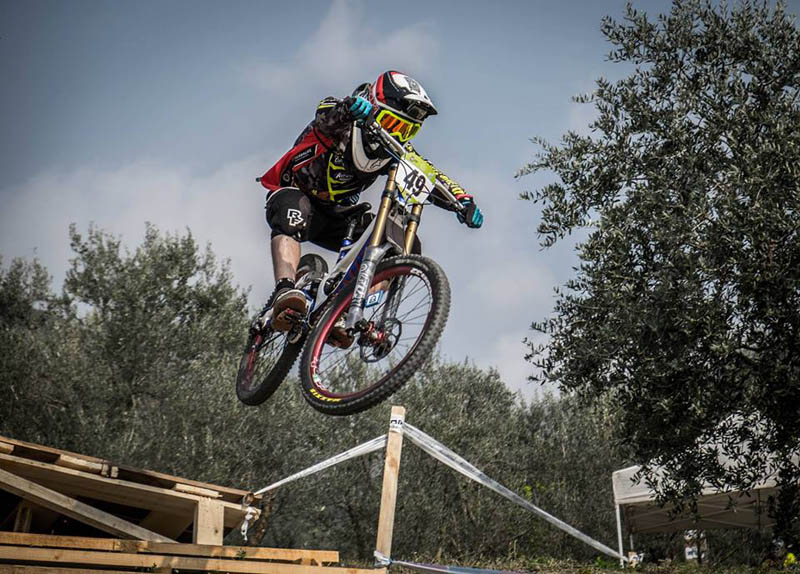 Race day. At nine in the morning we took the first shuttle and practised. During the second ride I found my rear tyre was flat, no time to brake, so I went for it for full. But I did it and so did the rim. I took the next shuttle down. I got the bike fixed, getting a new downhill tyre. I take the second training round without any problem, as well as everybody else. 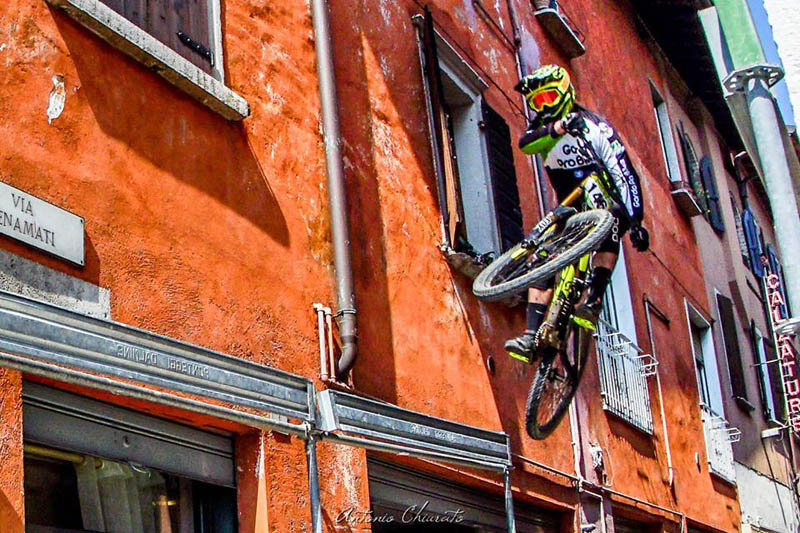 Race mode. My wristwatch showed pulse 140 at the start line. A tunnel. Go. I dropped at the church and turned right. My buttocks slid and I saw that the tyre was flat again. Unlucky both on Saturday and on Sunday. I took a lift and went back to the campsite to change. When I came back, Síma had just won the race, with 2 seconds lead. Čerw took the third place in Master, improving his result by 5 seconds. That really was a big show. Time to support Saša. 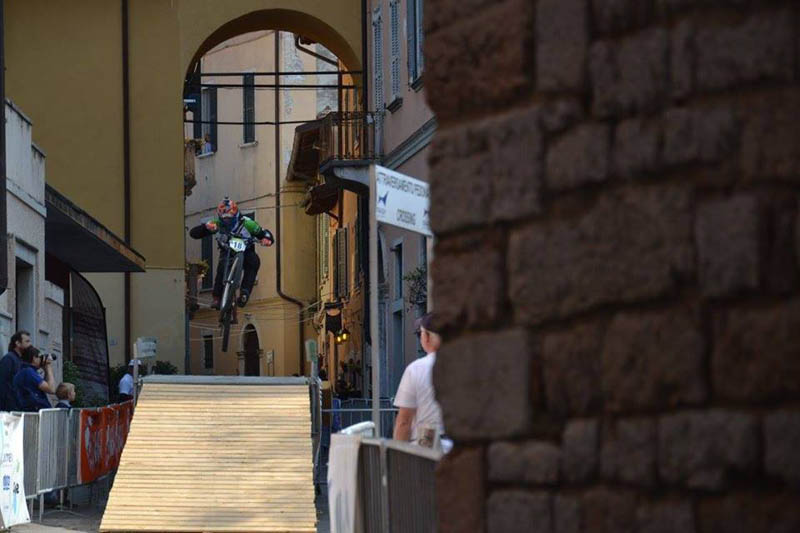 It started raining. It looked worse and worse. Just before Demo started his ride, there was a long break. Too long. Then an ambulance came. Bad time. Then the organisers announce the end of the race. One of the greenhorns made a mistake and was nastily injured. When I saw the accident in the video on a spectator’s phone, it looked really bad. It nearly split him in halves. I still get goose bumps when writing this text. The race ended too soon. The next day, there was a photo of the rider and an organiser taken in the hospital. No internal injury, luckily. A blessing in disguise. 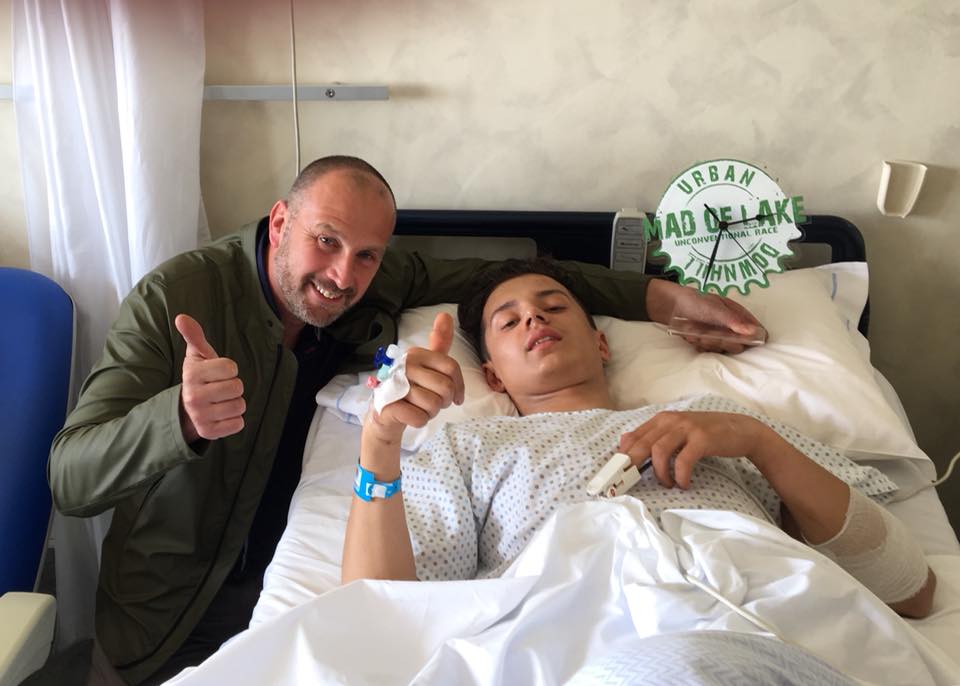 The results for Elite were therefore taken from the Saturday’s qualification. All the organisers were really sad, it had taken a lot of effort to prepare the event. However, everyone we met was okay with that, safety first, right? 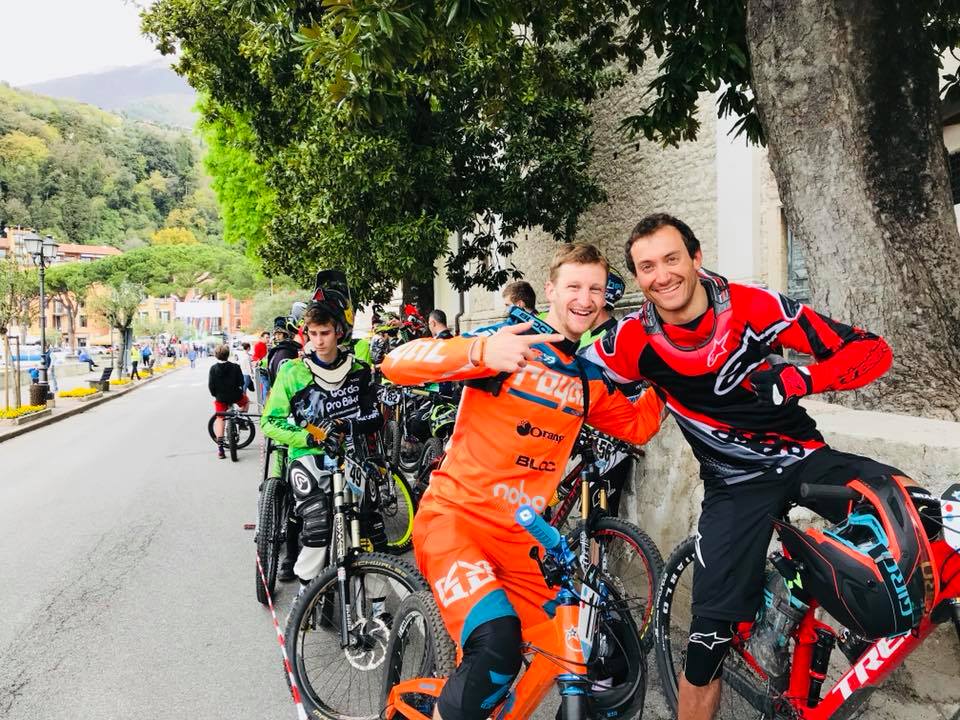 The Czechs could be heard really well when the results were announced. Saša and Síma got a proposal for a contract from a sponsor, a company producing sunglasses. We made new contacts and even invited a few Italians to our downtown events in return.

In Italy, the urban downhill series is held for the first time this year. The future of this discipline in Europe seems bright in many ways. We will keep you updated on any news. To sum it up, there is no doubt we will go to Mad of Lake again next year. The atmosphere is just addictive. Let alone the views… 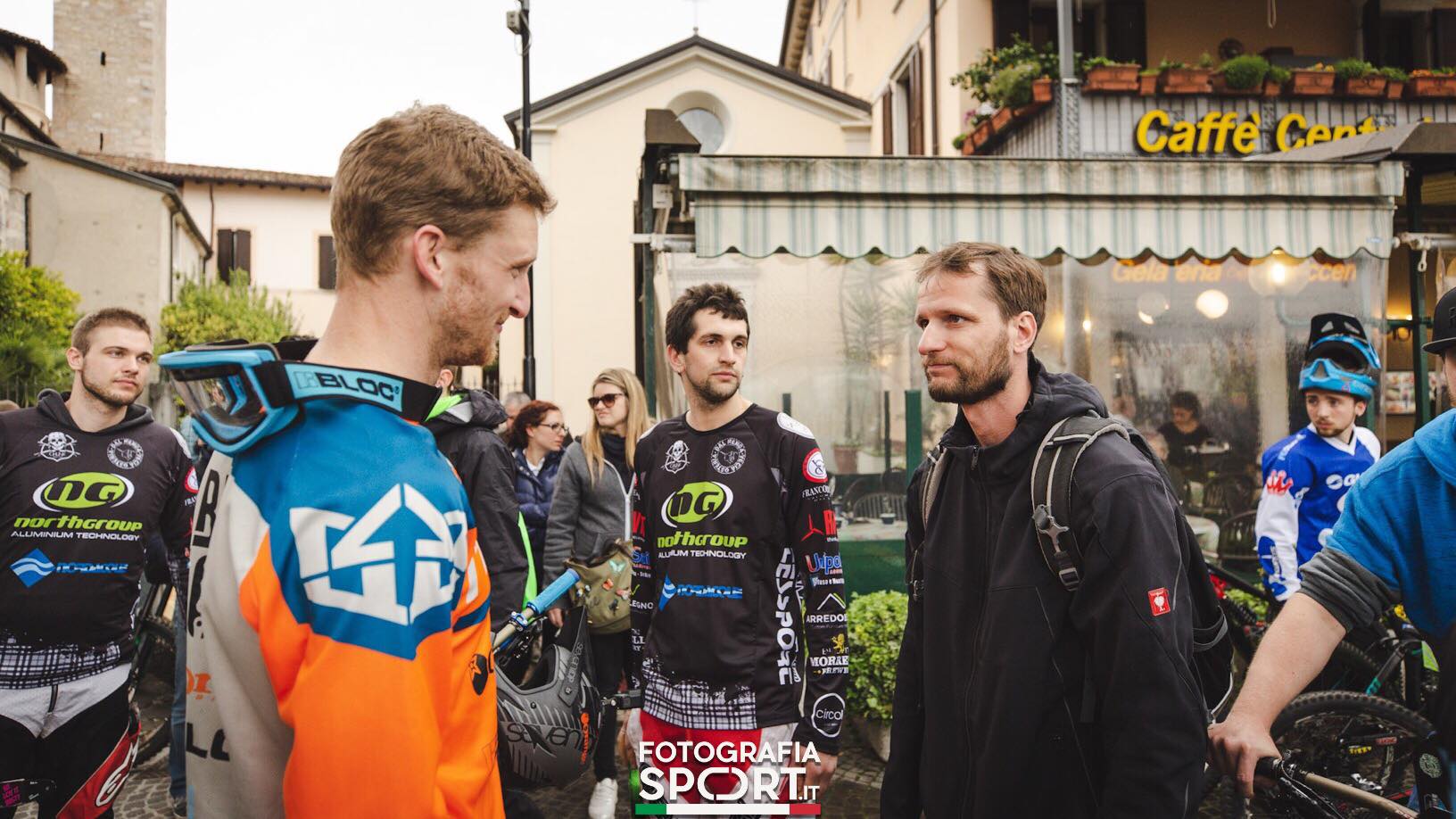