The new season of City Downhill World Tour has started. The results of CDWT Santos for this year are: 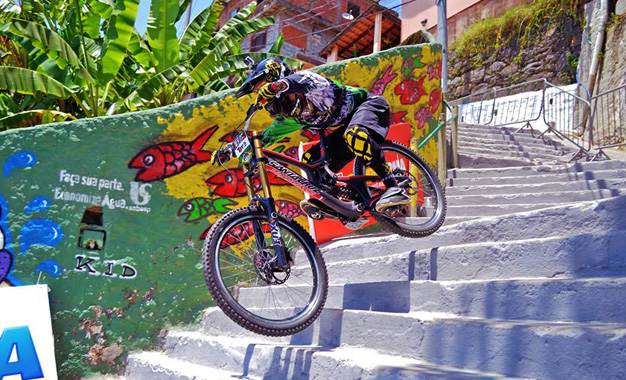 Final race was about to go so fast as possible without making mistakes. That was not even the case of Filip Polc and Tomas Slavik who finished first and second.

After the race Tomas Slavik for the TV Globo said: “Final run was not to make mistakes. I did a massive mistake 10 seconds before the finish line.” At that point he did not know that he finished second.

Last and the quickest rider Filip Polc made a mistake in final run too. As he said after finish: This time I think was the hardest. I hit the wall in the narrow part, it wasn’t the fastest time.” He did actually win fifth time in a row. Like he mentioned in the interview after the race: “That was my dream and I did it.”