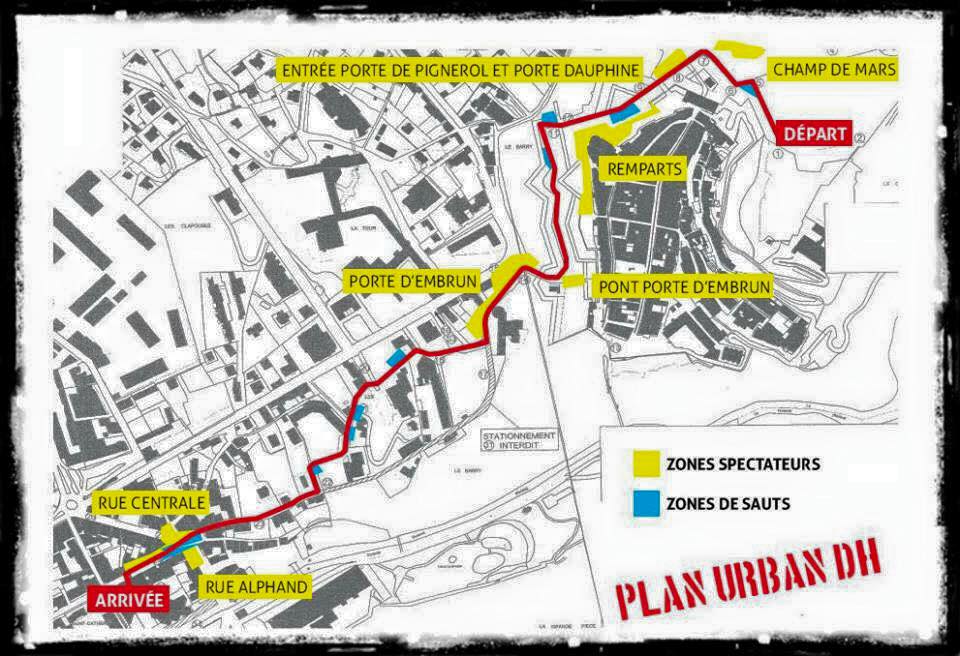 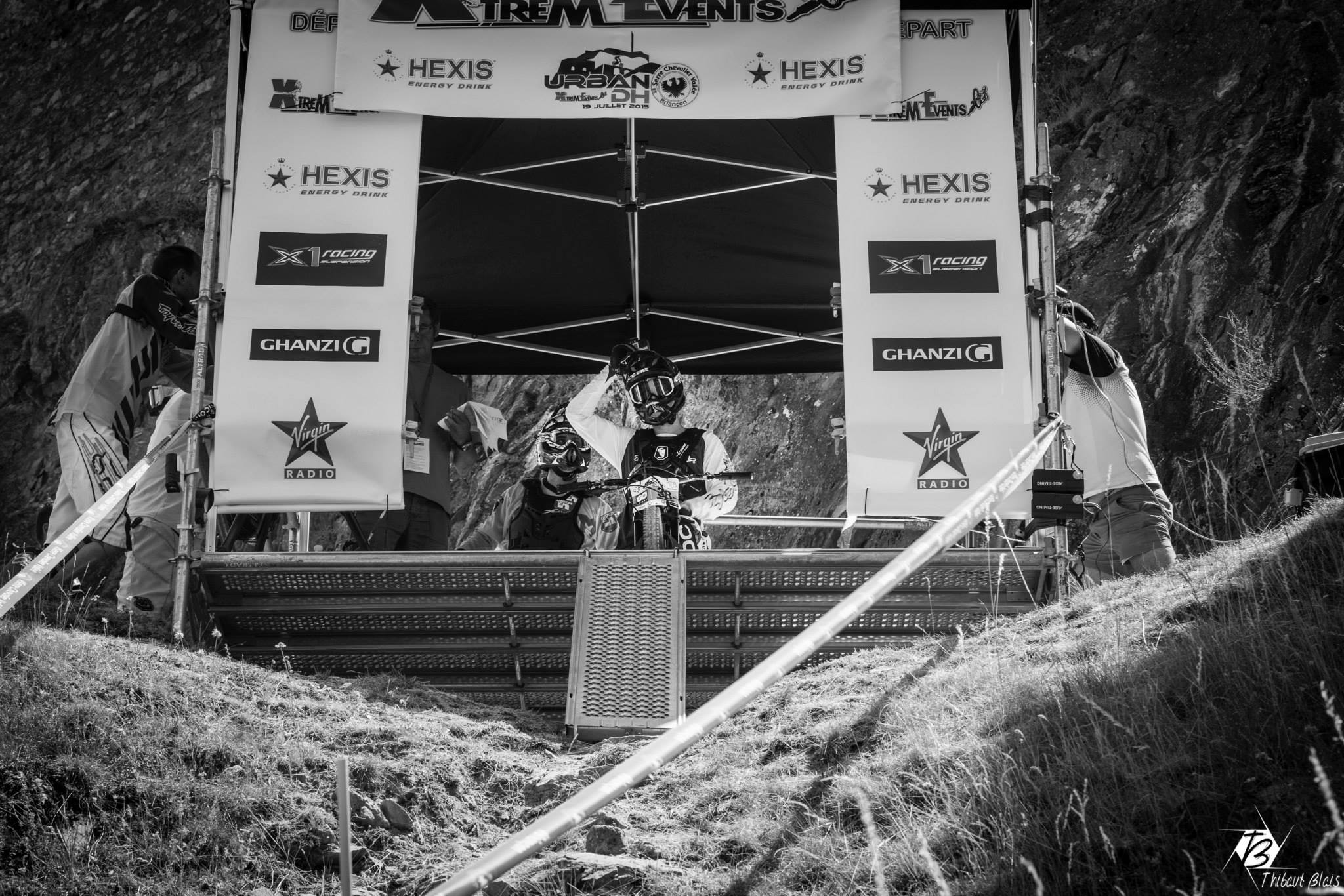 First section followed with rocky singletrail into a drop. 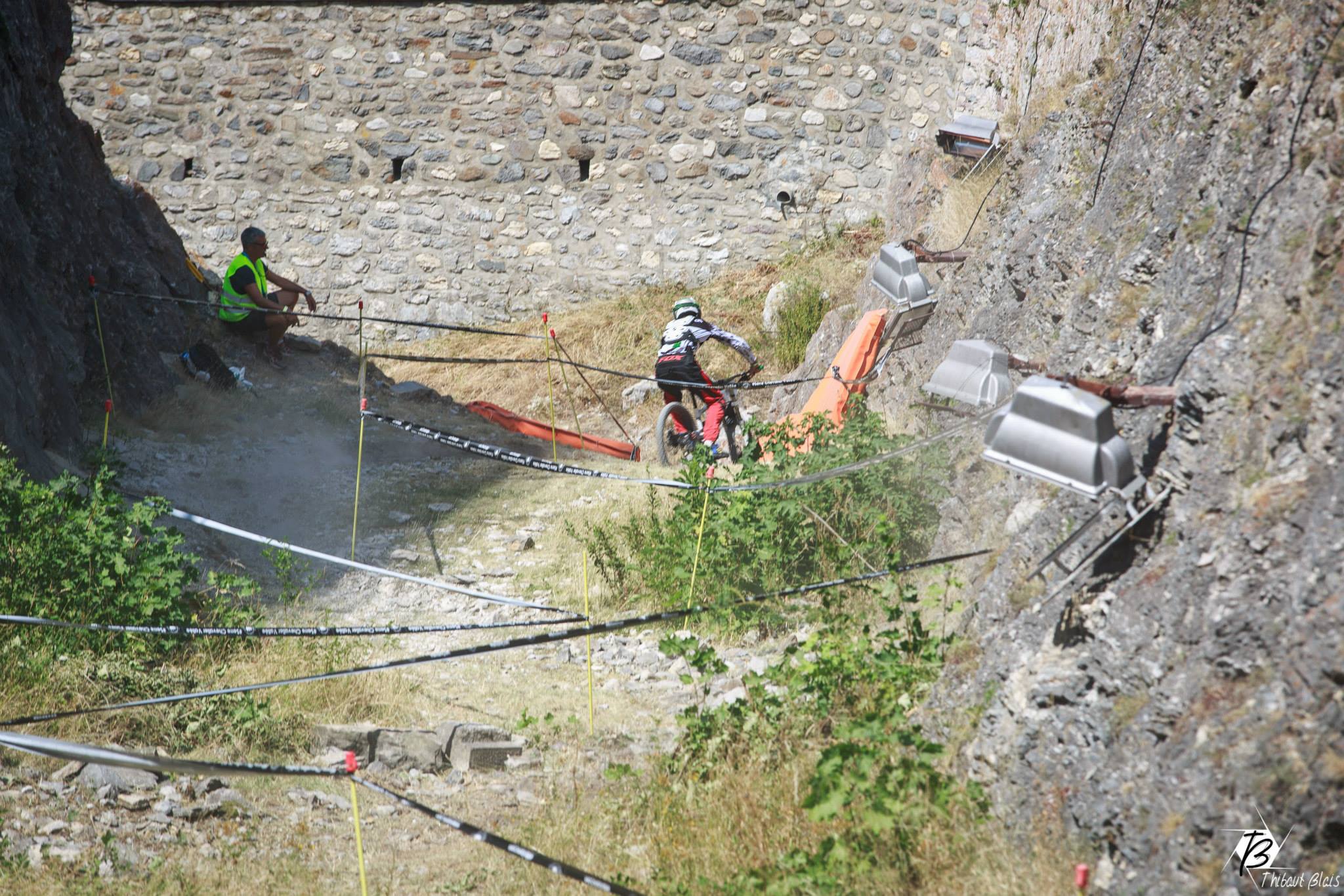 After dropping in riders had to lean into the turn. Julien Chatanger made it look easy. 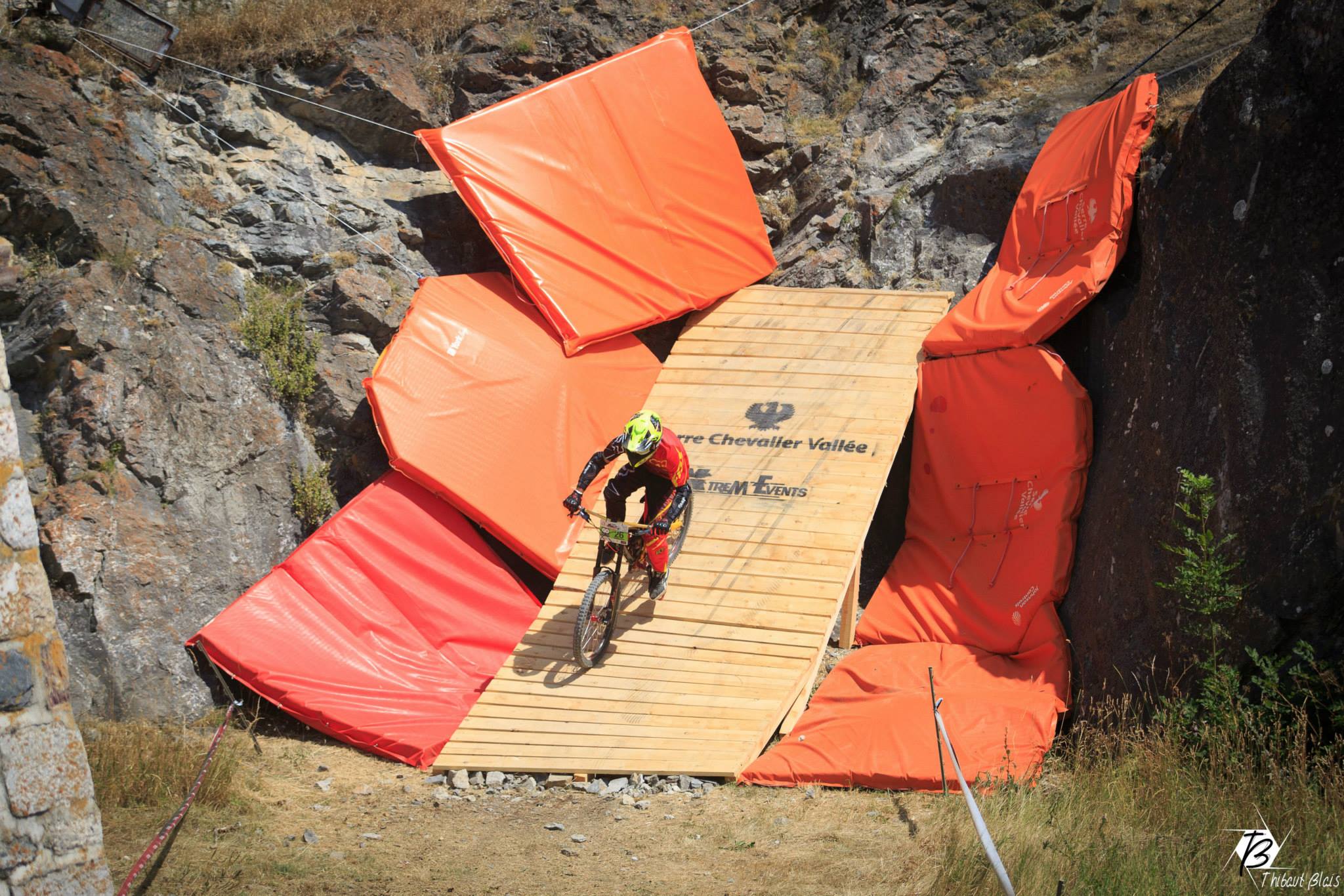 After couple of turns, riders were jumping a big one. 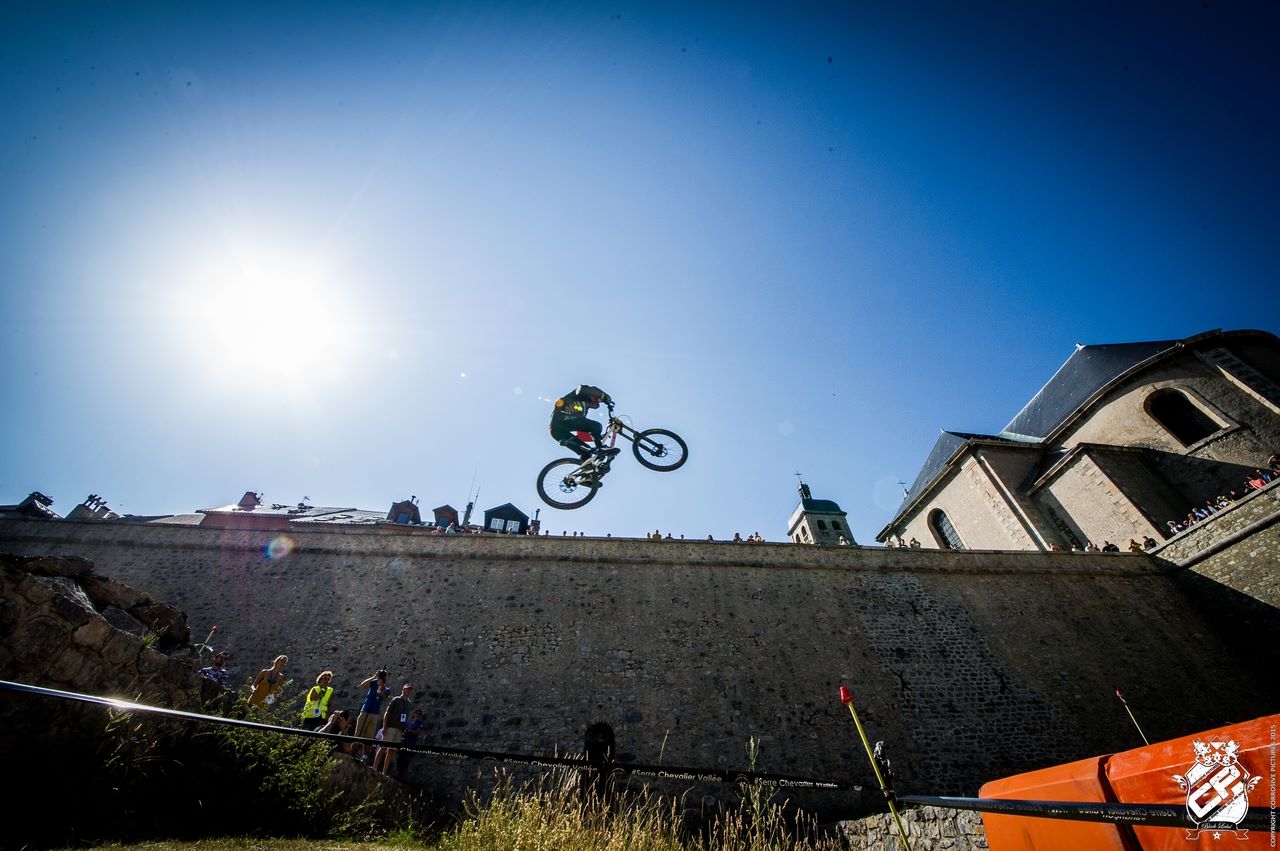 Crowd loved the view from fortification. 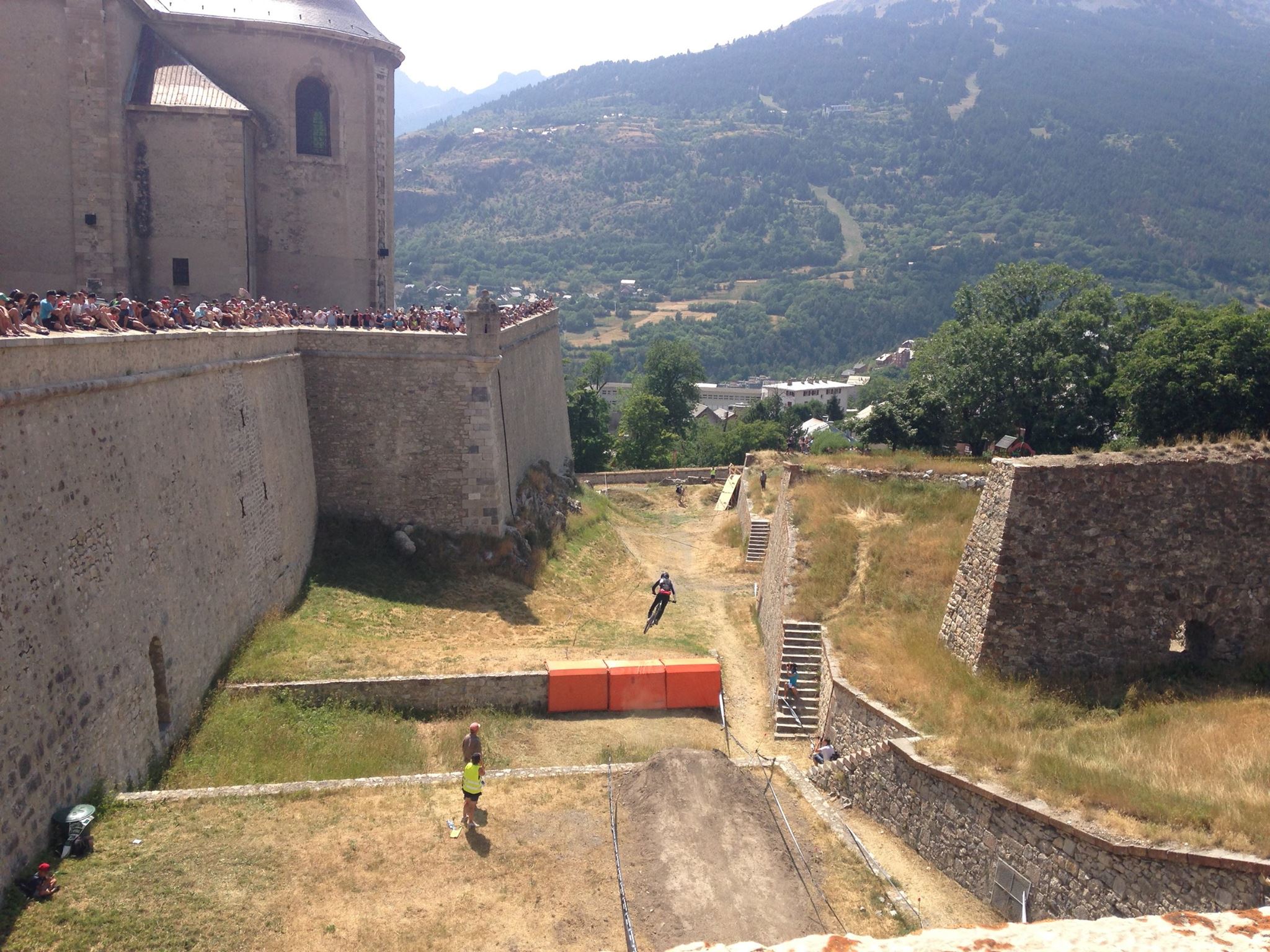 Racecourse went onto walls and dropping off them in couple of seconds. 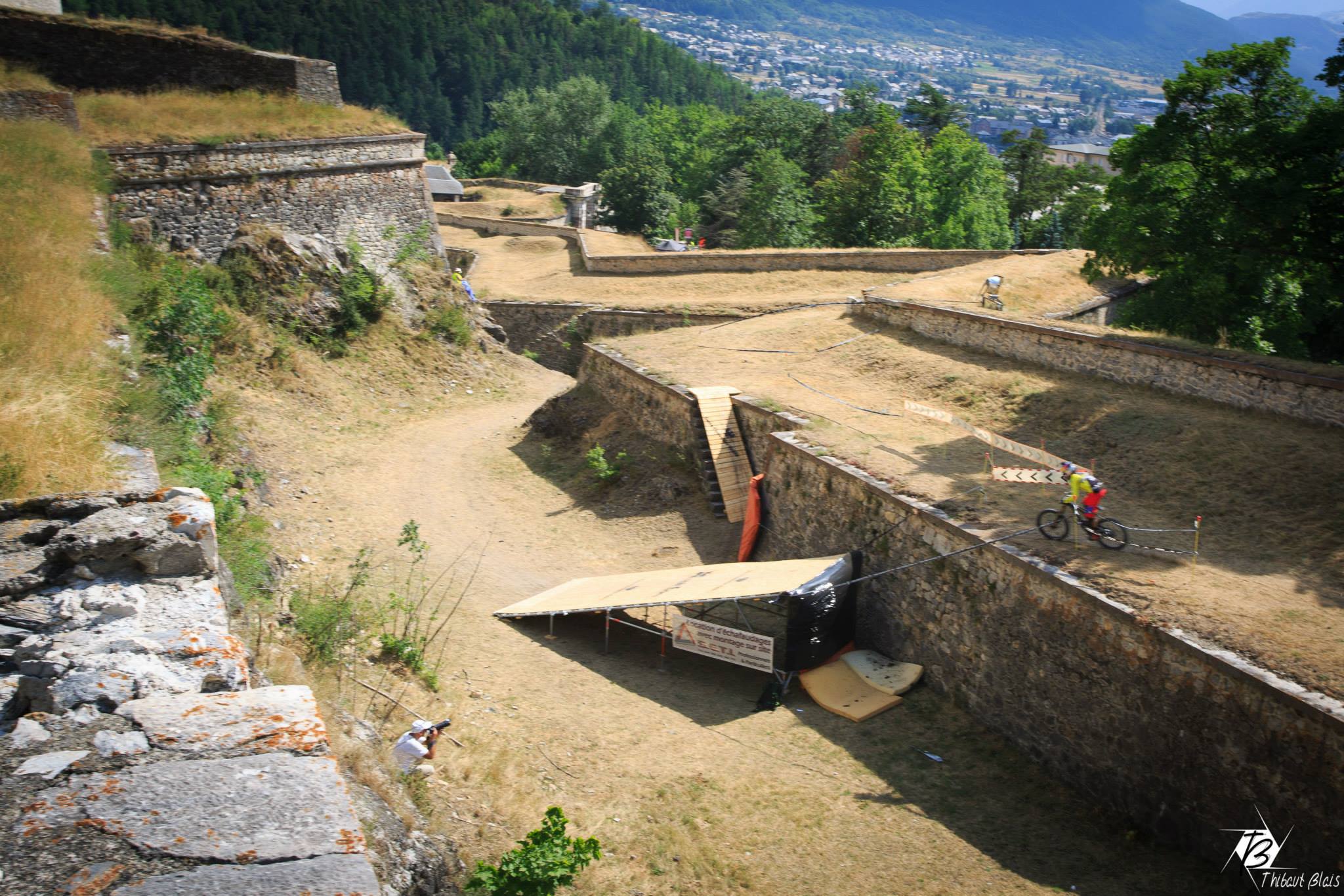 After one and a half minutes track reached town borders. Benjamin Gallard riding on stairs. 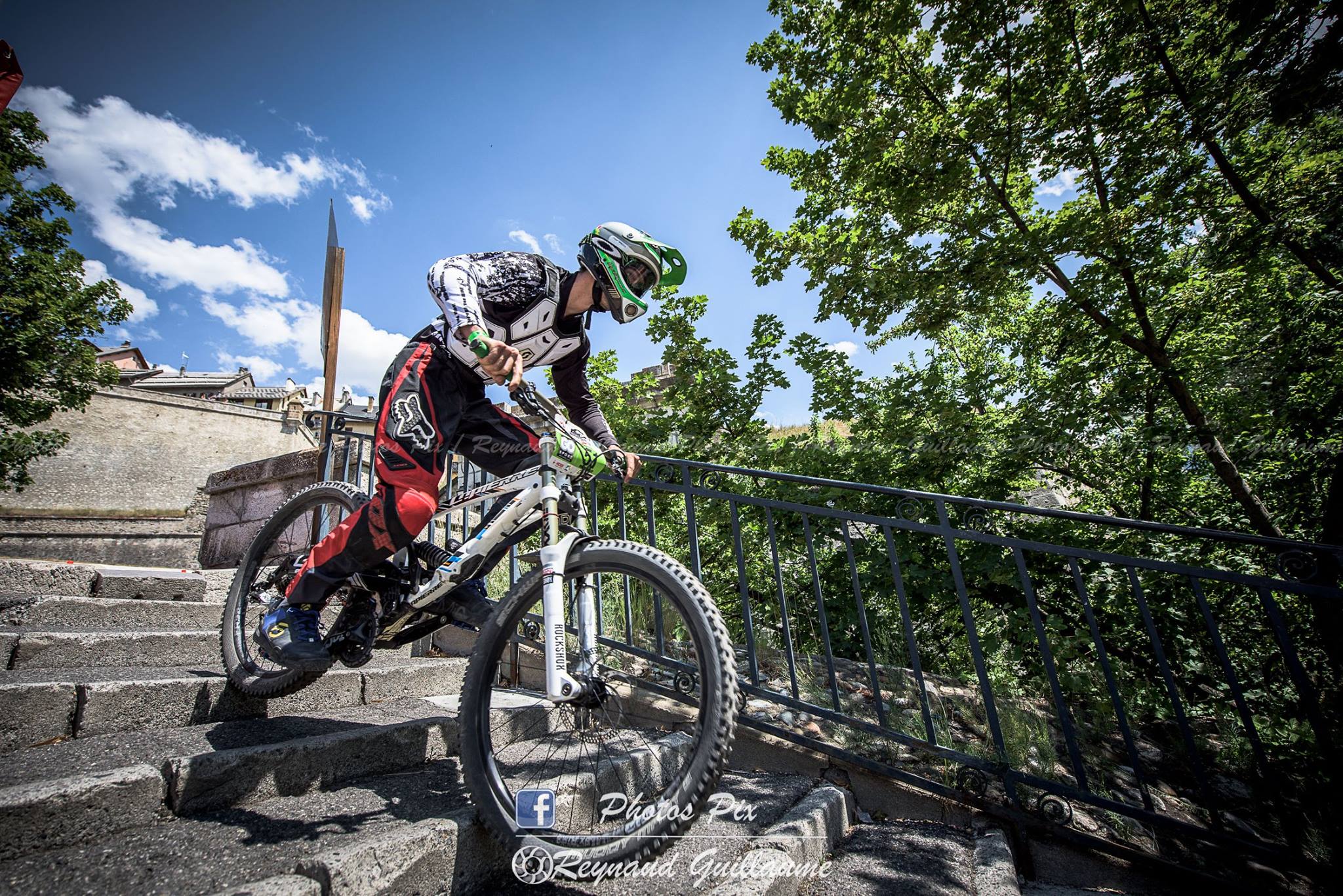 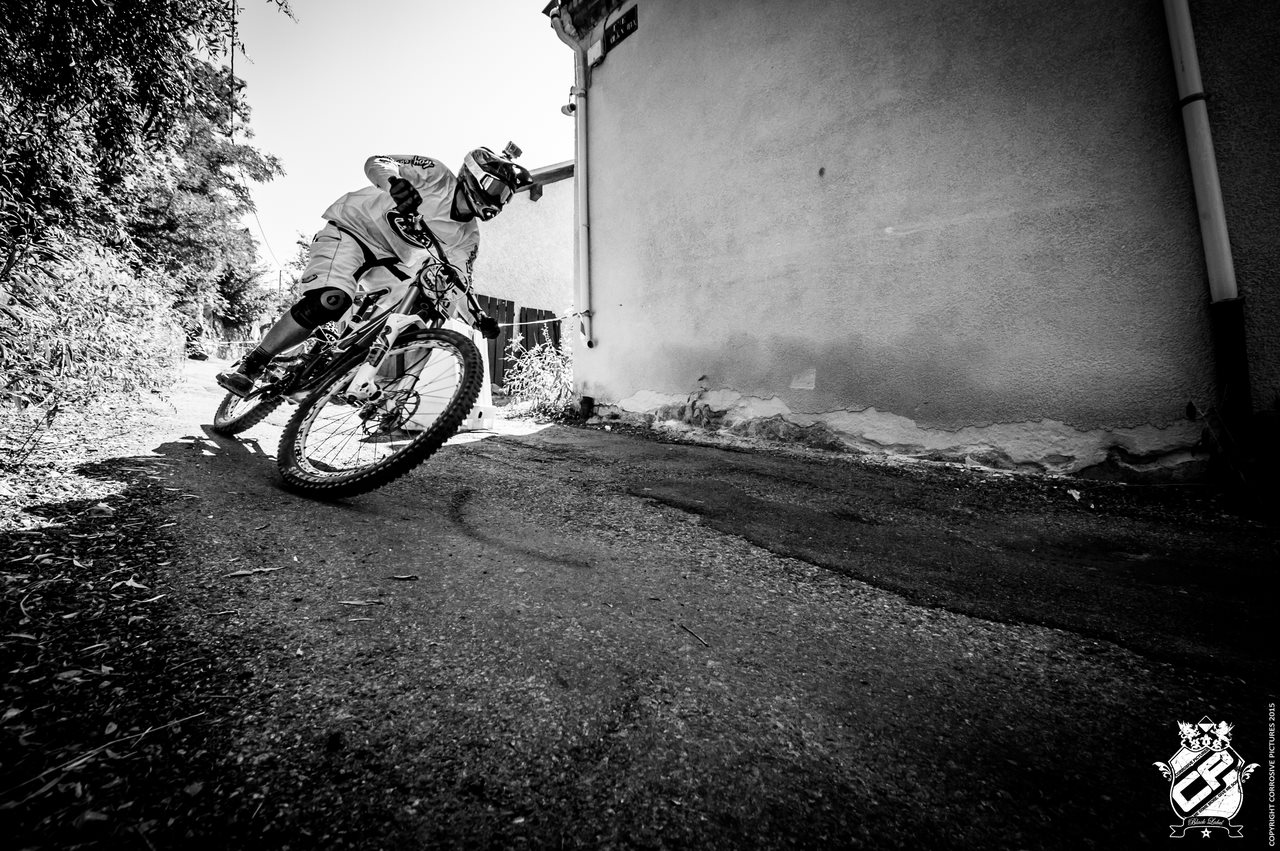 Drien Douillet preparing for the jump over a snowcat at the very end of the racecourse – 13th place. 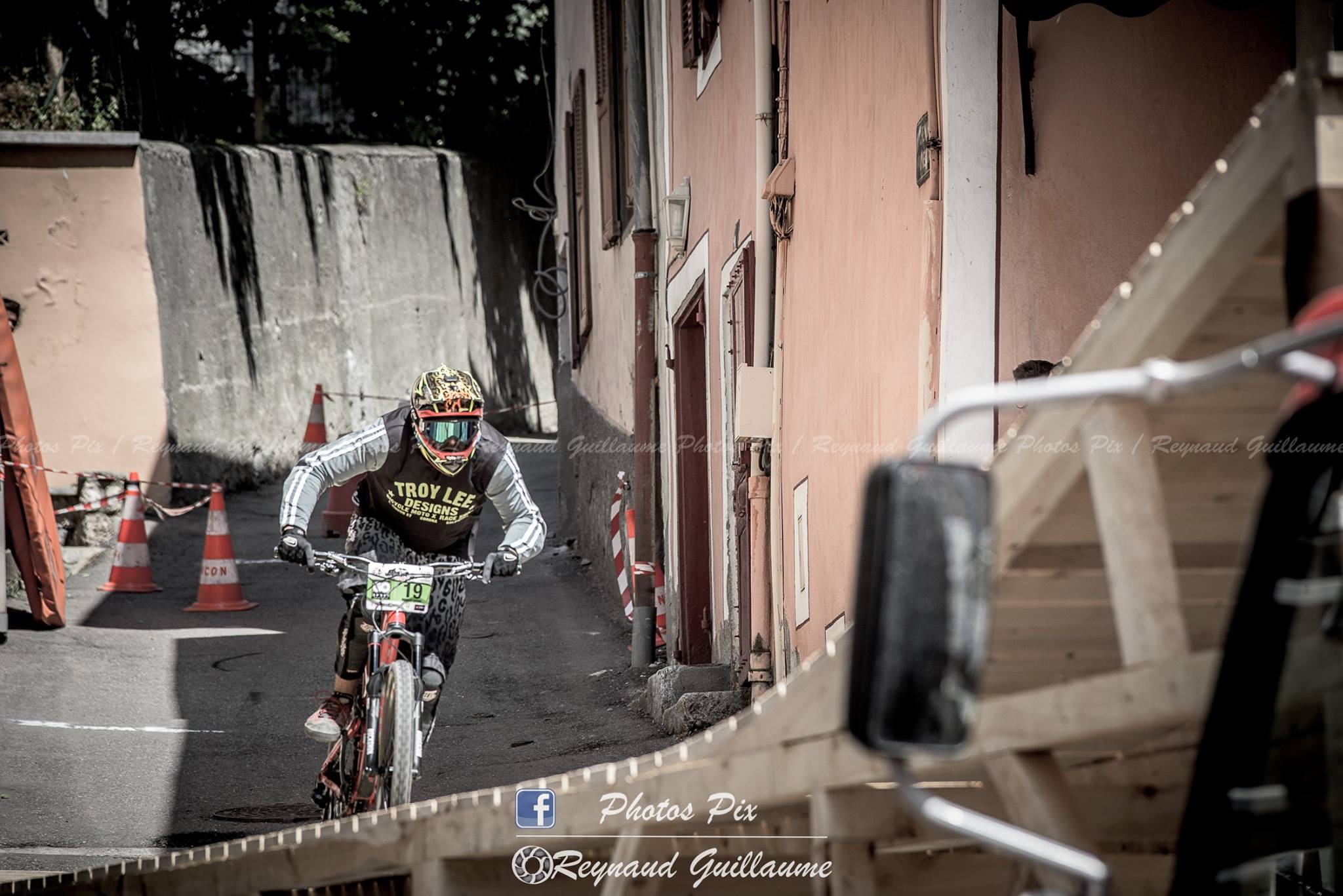 Second biggest jump on the track was the most popular obstacle for audience.

Another view of the jump with hundreds of people in streets of Briancon. 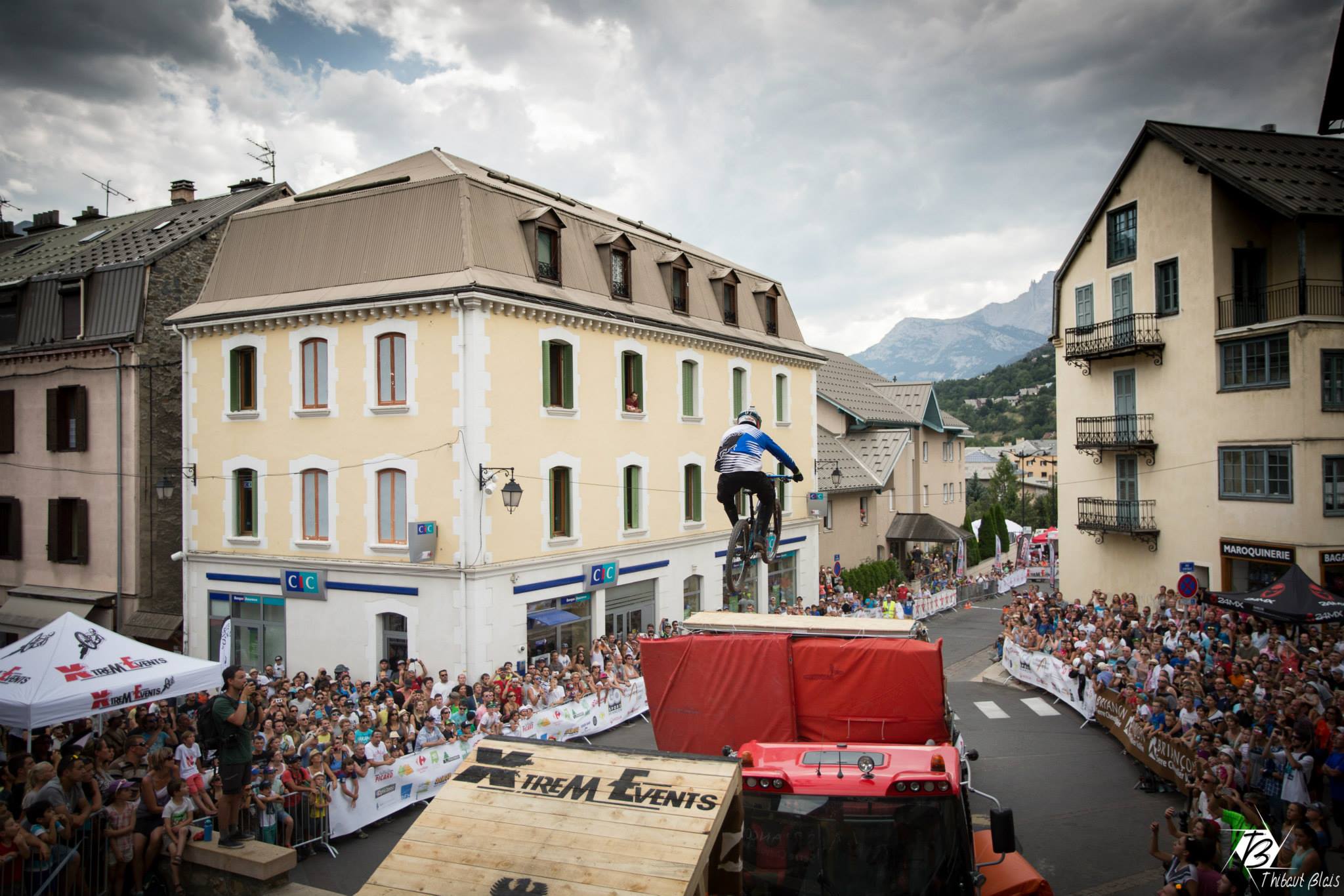 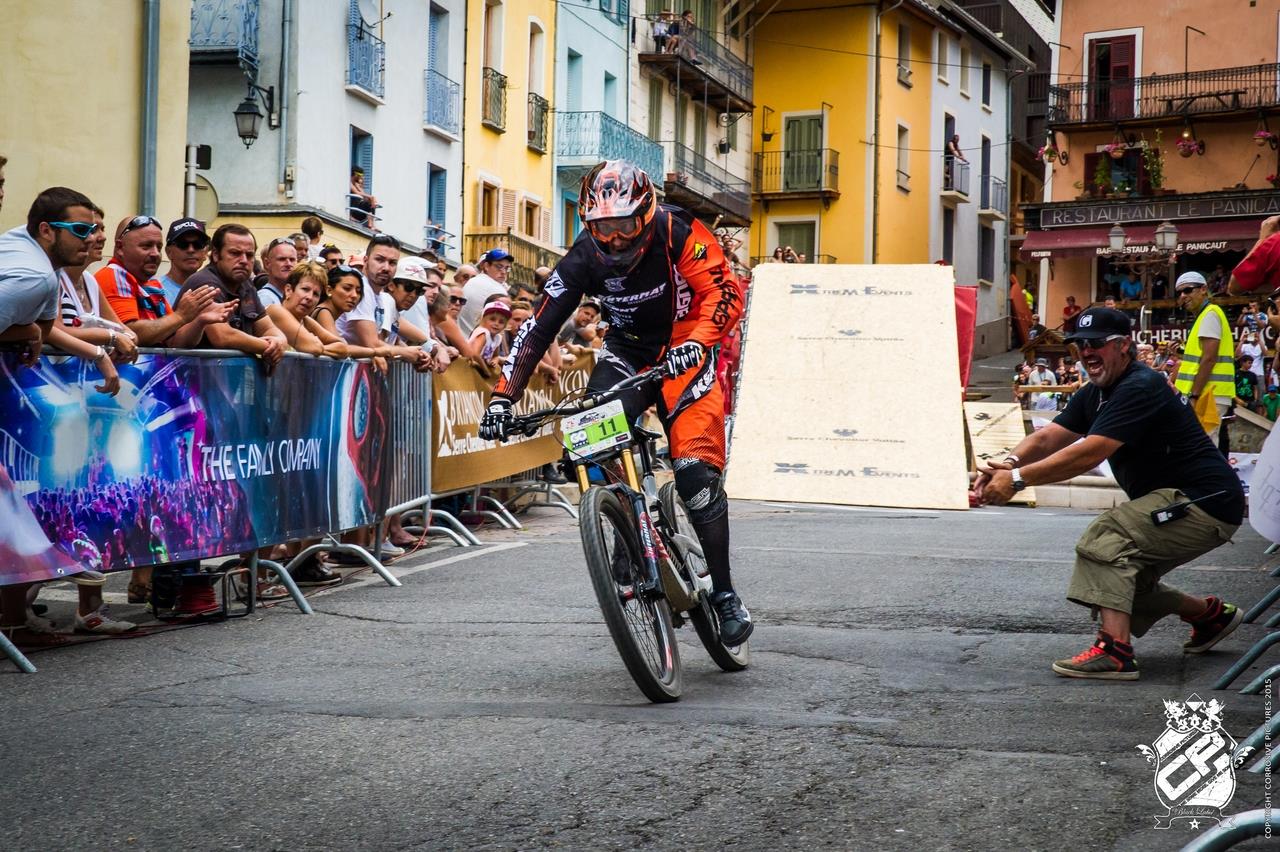 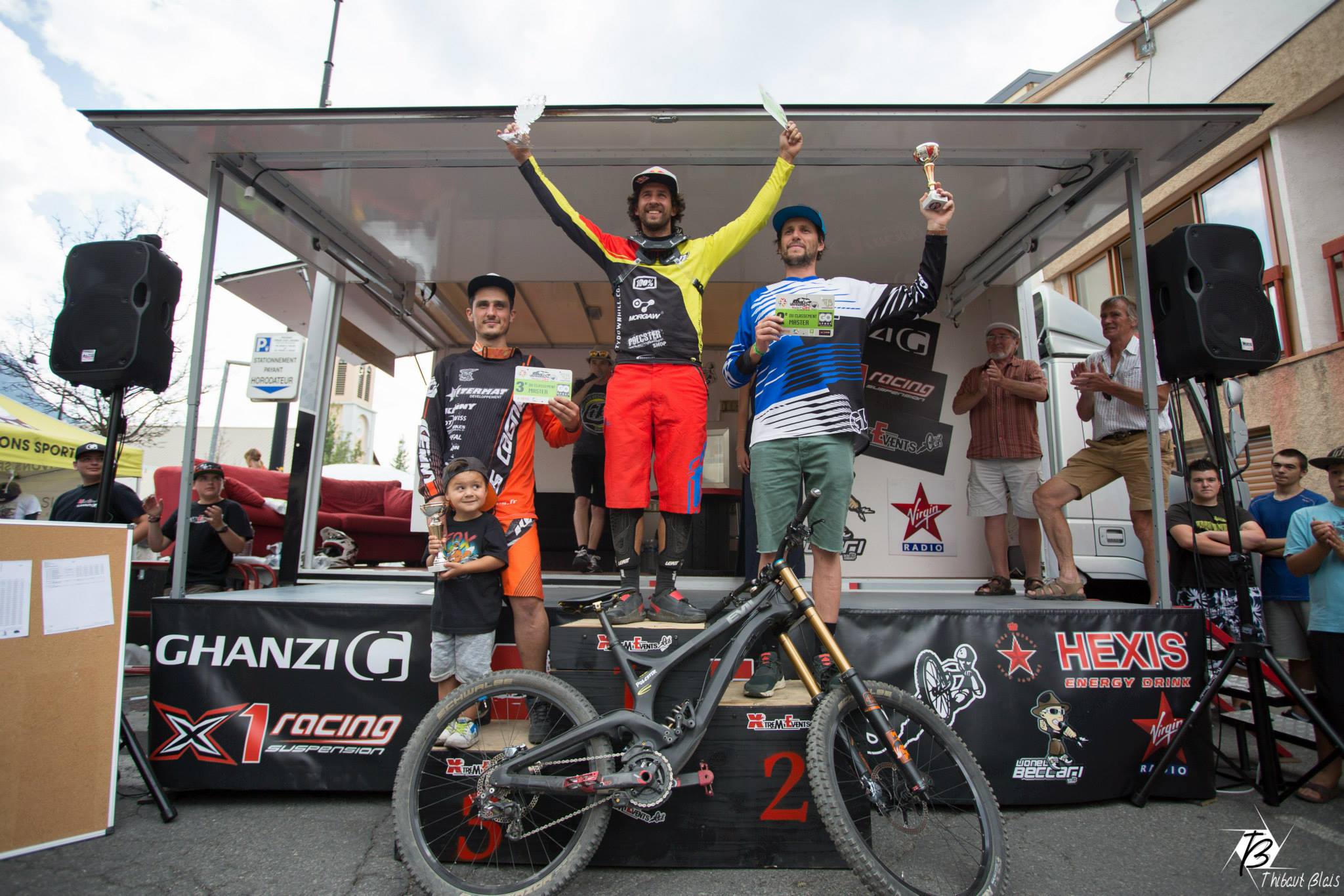 As Polc said during an interview for Extrem Events, the venue has potential to host great urban downhill races and he added that he would like to see the event being part of next year of City Downhill World Tour.

One thing is clear, French Urban DH series is already on a good way there as it attracted world top downhill racers. Crowd loved the event, cheered loudly and created great atmosphere for international and local riders.

Video of the race from Valerie Merle: